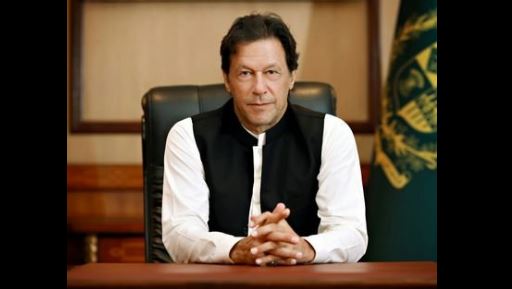 MIANWALI, /DNA/ – Prime Minister Imran Khan on Saturday broke ground for 23 development projects in health, education and road sectors worth around Rs 36 billion for the uplift of District Mianwali, and also inaugurated another three which were completed costing Rs 5.4 billion.

“God willing, when we will complete our five years, I can claim, Mianwali will witness the development which never happened in the history… I always promised that if I get a chance, I will provide (the people) their right through my performance,” the prime minister told a gathering here.

Earlier, he unveiled the plaques to inaugurate three projects worth Rs 5.4 billion including the first phase of Mianwali-Sargodha Road which cost Rs 3.6 billion; City Park and Miyawaki Forest near Namal Lake.

He also performed the groundbreaking of upgradation of 38-kilometer

Thanking the people of Minwali for supporting him through thick and thin, the prime minister said during the electioneering, he had also committed to uplift the deprived areas of South Punjab, tribal areas and others those faced neglect in the past.

The prime minister told the gathering that his government was ready to talk to everyone including the dissident elements in Balochistan and tribal areas for peace, but not those who looted the public money.

“We are ready to talk to everyone who has a different ideology or whom we call right or left. We are ready to resolve our issues with them peacefully be they are in Balochistan or erstwhile tribal areas or Waziristan. Only the ones whom we will never make any reconciliation with are those who looted and laundered the Pakistani people’s money,” he said.

Apprising the gathering of Pakistan’s reshaped foreign policy, the prime minister said now Pakistan would never bow before anyone rather would make independent decisions that would be better for its own people.

The rehabilitation and upgradation of Balkasar-Mianwali road with estimated cost of Rs 13.5 billion and the Wooded Land at Namal Lake and Kundia Forest Park costing Rs 120 million are also among the new projects.

The prime minister told the charged gathering that no nation with discriminatory laws for rich and poor could ever make progress.

He said his government would never give any National Reconciliation Ordinance to or make any reconciliation with the corrupt leaders until they were punished for their plunder.

He said the government was prioritizing the education sector with particular focus on the girls’ education.

Regarding his brainchild Namal University, he said it would emerge as “Oxford University of Pakistan” which would attract students from across the country besides facilitating the people of Mianwali.

Imran Khan told the gathering that not only Pakistan, rather the whole world including the US was faced with unprecedented inflation owing to COVID-related lockdown which led to closure of businesses, reduction of production thus causing price hike.

“You will have to understand, it is not only Pakistan’s issue. In US, which is the richest country, is facing the worst inflation after 1982, due to lockdown,” he commented.

However, he said Pakistan was still the cheapest country and hoped that the prices would come down within three to four months.

However, to ebb away the pressure of inflation from the poor, the government had announced Ehsaas Rashan Scheme to provide 30 percent subsidy on flour, ghee and pulses to those with below Rs 50,000 monthly income.