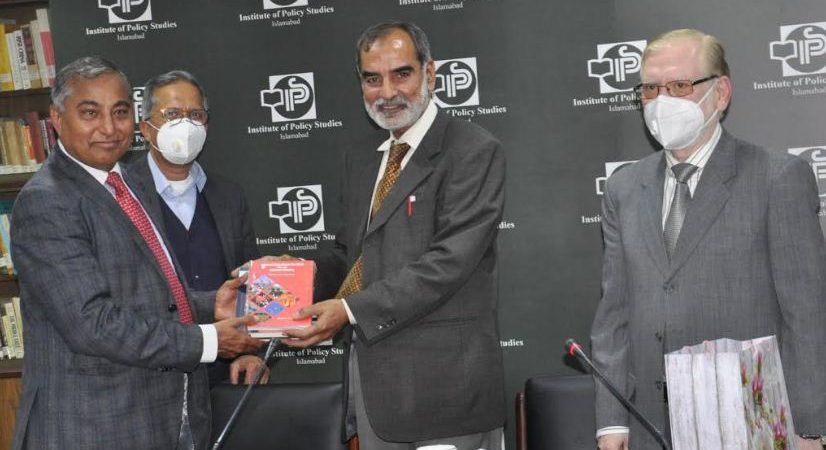 ISLAMABAD, JAN 22 (DNA) – Pakistan needs to set its focus on bolstering diplomatic, economic and cultural ties with North African states as the historic ties with them remain short of achieving their true potential so far.

The exigency was highlighted in a consultative session titled ‘Pakistan’s relations with North African countries’ organized by Institute of Policy Studies (IPS), which was addressed as keynote speaker by Pakistan’s former envoy to Egypt, Morocco and Tunisia, Ambassador (r) Mushtaq Ali Shah.

Speaking about the history of Pak-Egypt ties, Ali recalled that Allama Muhammad Iqbal had visited Egypt in 1931 and King Farouk was so impressed by his philosophy and poetry that he ordered opening up of an Urdu department in Cairo University so that Allama’s work could be understood in the kingdom. Urdu departments were later established in Cairo University, Jamia Al-Azhar and six other major universities.

Quaid-e-Azam Muhammad Ali Jinnah had visited Cairo in 1946 and held meetings not only with the King and government officials but also leaders of Ikhwan-ul-Muslimeen (Muslim Brotherhood), Ambassador Ali further recollected.

The former ambassador said that the recognition and appreciation of Pakistan’s contributions in Task Force 151, anti-piracy actions and UN peacekeeping missions in Africa resonates across the North African region, yet their bilateral ties remain short of achieving the true potential.

Highlighting the importance of growing economic and trade ties with North Africa in juxtaposition to Europe, the former ambassador apprised that Pakistan can export its defence equipment, textile, pharmaceuticals and agro-based goods, services, films and dramas to North African states.

Contemplating over the strategic cost of neglecting North Africa, the keynote speaker pointed out that India has already built a strong foothold in the region, and is trying to compete with China which remains to be the biggest investor in Africa to date. Unfortunately, he rued, Pakistan is lagging behind in the competition.

The speaker also lamented that despite having a dedicated Urdu language department at the Al Azhar University since 1979, bilateral political and cultural ties between Pakistan and Egypt – the second biggest African economy – have remained topsy-turvy especially in the wake of Arab Spring that swept through the Arab world and rattled decades-old dictatorships and monarchs. Nonetheless, efforts are being made now from both sides to revive bilateral relations which is evident from Pakistan hosting a business seminar in Egypt last year. Such endeavors, he stressed, should continue to be held in the future as well in a bid to foster greater trade and political contacts.

Concluding the session, DG-IPS Khalid Rahman opined that foreign policy practitioners are skilled in making ways even amidst difficult circumstances. The same applies to Pakistan’s foreign office as well which needs to devise lasting policies vis-à-vis North Africa. He also stressed that bilateral relations with North African countries need to be revived and fortified sooner rather than later, and that can be done by facilitating joint business ventures, visits of parliamentary delegations, tourism, sports, economic integration, academic exchanges and increased people-to-people contact between both sides.=DNA