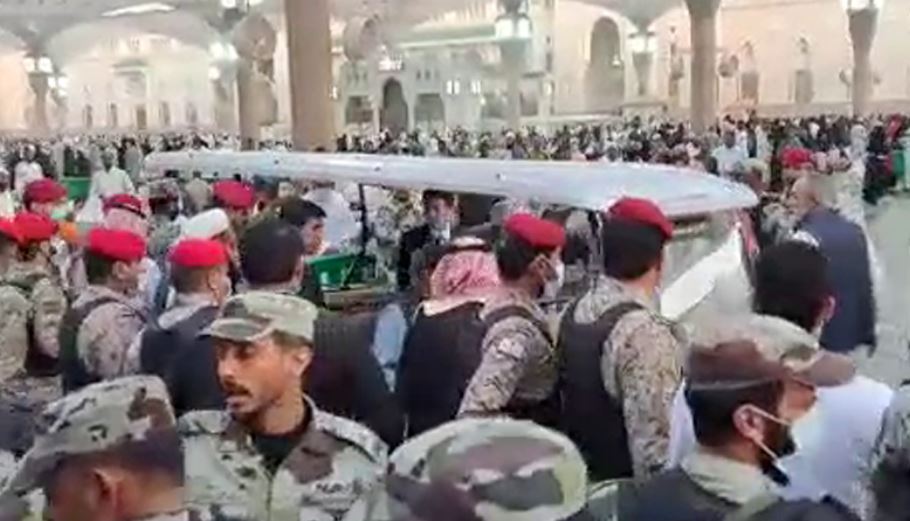 RIYADH: Some Pakistani pilgrims who hounded and chanted slogans against Prime Minister Shehbaz Sharif and his delegation at the Masjid-i-Nabwi in Madina have been arrested by Saudi authorities, the media director of the Embassy of Saudi Arabia in Islamabad confirmed on Friday.

The official said that the protesters have been taken into custody for “violating the regulations” and “disrespecting” the sanctity of the holy mosque.

After arriving in Madina yesterday, they headed to the Prophet’s Mosque to offer prayers.

However, unfortunate scenes were witnessed at the holy mosque when the premier and his entourage arrived there.

According to videos circulating on social media, Pakistani pilgrims at the mosque started chanting slogans of “chor” (thieves) as soon as they saw the prime minister.

In another video, the pilgrims could be seen heckling and chanting abusive slogans against federal ministers Marriyum Aurangzeb and Shahzain Bugti, as the pair are escorted by Saudi guards. A pilgrim can also seen pulling Bugti’s hair from behind.

Later, in a video message in response to the chants, Aurangzeb had said that the act was perpetrated by a “select group”, while most Pakistanis respected the sanctity of the holy mosque. “I don’t want to name the person responsible for this incident because I don’t want to use this holy land for political purposes.”

She also said she had prayed for guidance for such people. “However, it will take time for us to fix the ways in which these people have damaged our society and we can only do that through a positive attitude,” the minister had added.

Politicians and other religious figures condemned the incident on Twitter and some blamed the Pakistan Tehreek-i-Insaf.