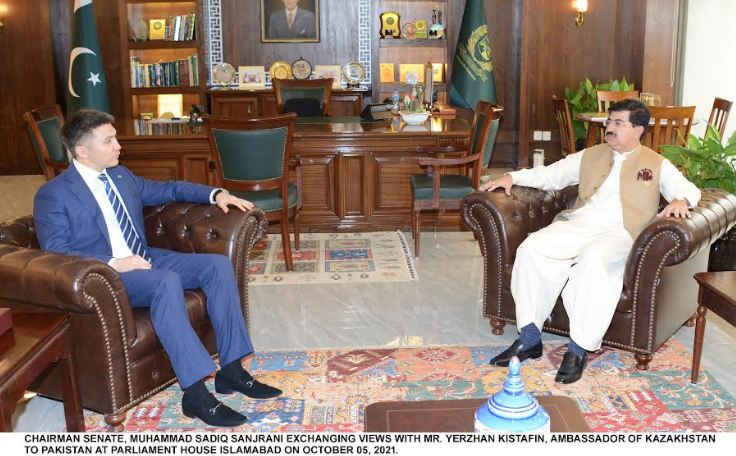 During the meeting, discussion took place on a range of courses including Pakistan-Kazakhstan bilateral cooperation, ways to precipitate the exchange of delegations at parliamentary and trade levels and the overall development of  the region.

Kazakhstan-Pakistan Friendship Group in the Senate could also play a crucial role in expanding parliamentary relations between the two countries, adding that  both sides have maintained excellent relations at international fora, he noted. Both the countries had often taken similar positions on international and regional issues, Sanjrani further added.

In his meeting with the visiting dignitary, Sanjrani called for tapping into the avenues that could help in strengthening economic ties and elevate the trade volume between the two countries.

In his meeting with the envoy, Sanjrani highlighted that Pakistan’s unique geo-economic location offered tremendous opportunities for transport, trade, transit trade and ICT connectivity to the entire region. He observed that greater regional integration would help drive growth and socio-economic development in the entire region.

Both sides expressed hope that cooperation between the two states would boost in various fields. The Chairman Senate also extended best wishes to the Ambassador. 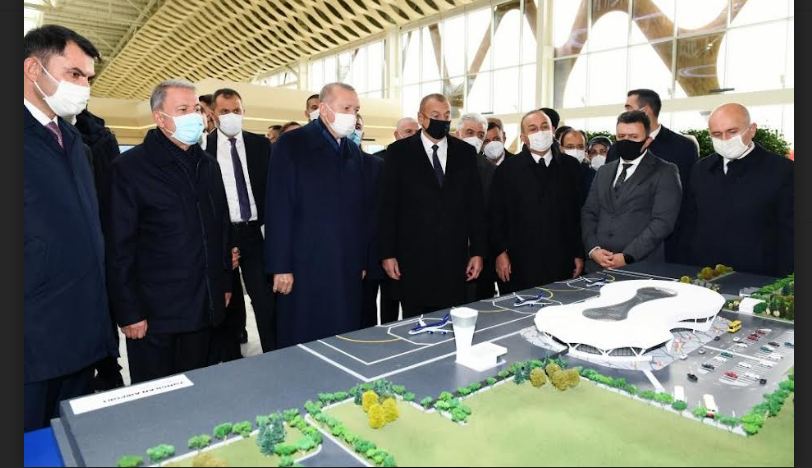 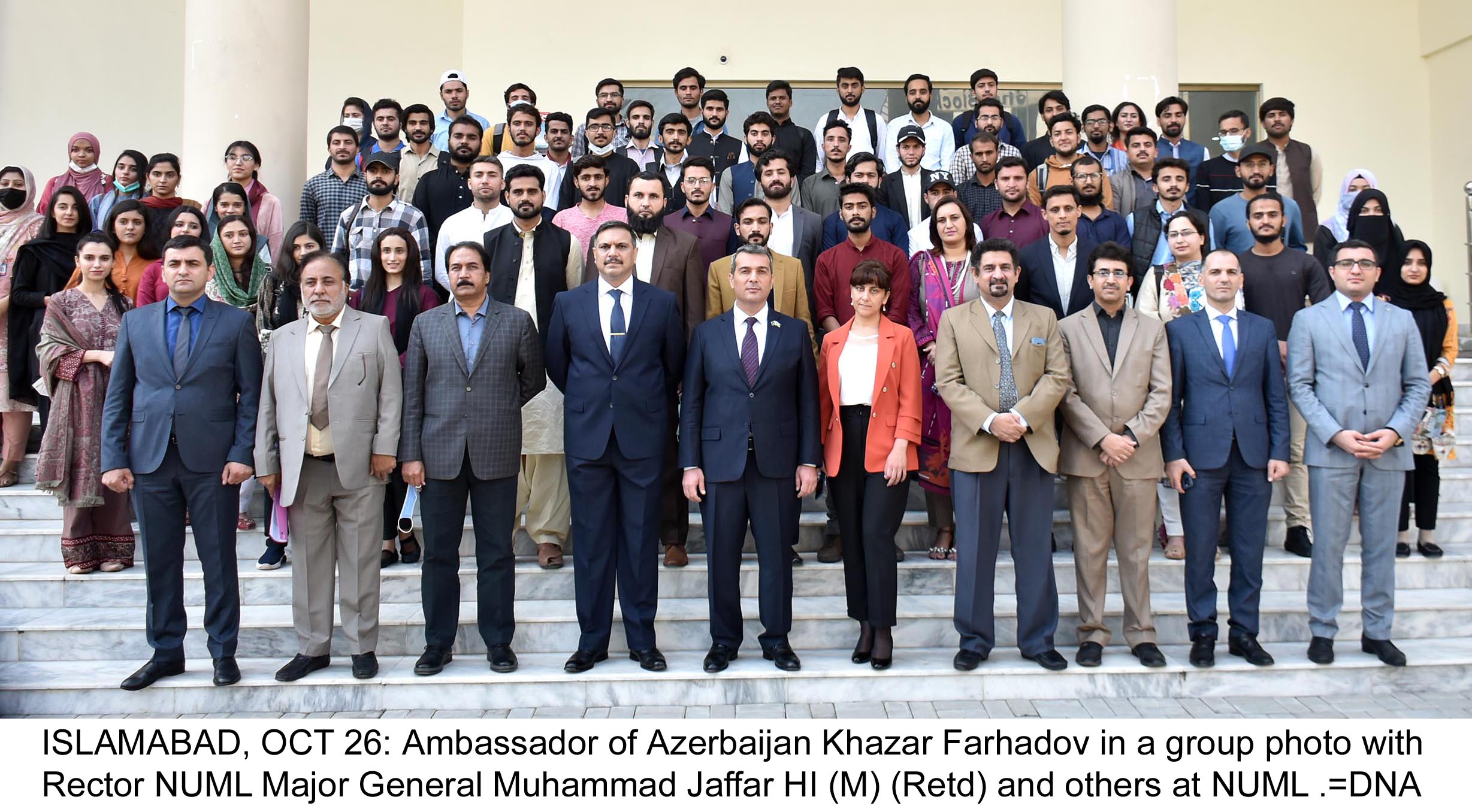