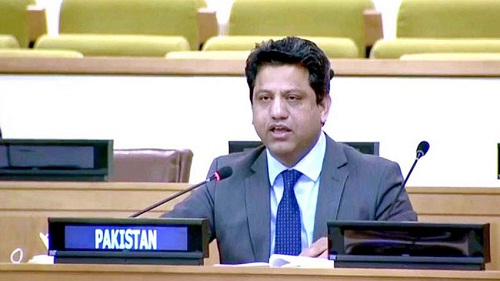 Islamabad : Pakistan has urged the UN Human Rights Chief to hold India accountable for its “systematic” violations in occupied Jammu and Kashmir, saying failure to do so would further erode the credibility of her office.

During an interactive dialogue with the UN High Commissioner for Human Rights, Michelle Bachelet, Pakistan’s Deputy Permanent Representative to the UN, Amir Khan updated her on the continuing Indian human rights abuses, and demanded a probe.

The meeting took place in the UN General Assembly’s Third Committee, which deals with social, cultural and humanitarian issues.