Shaukat Tarin vows to make Pakistan one of top economies in Asia, world 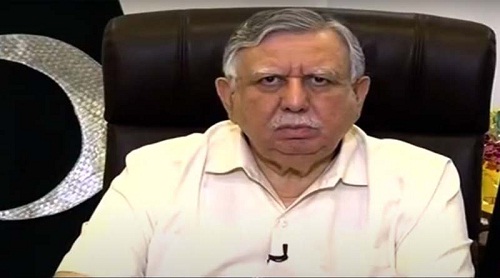 Islamabad : Finance Minister Shaukat Tarin has expressed the determination to make Pakistan one of the top economies in Asia and the world.

Speaking at the United States Institute of Peace, in Washington, he said no amount of hurdles will stop us from making Pakistan economically great again.

The Finance Minister said we are also encouraging overseas Pakistanis to invest in Pakistan. He said Pakistan has made significant improvement in ease of doing business.

Shaukat Tarin said Pakistan is moving towards an inclusive and sustainable growth.

He said the country is expected to achieve GDP growth of five percent during the current fiscal year.  He said we have taken steps to revitalize agriculture, industries and housing sectors. We have also given a complete package to uplift four million marginalized households through interest free loans through microfinance banks.

Responding to a question, the Finance Minister termed his talks with the IMF as encouraging.

He said Pakistan wants to be a friend of the US and both the countries need to work together for the betterment of the region.

When asked about the FATF, Shaukat Tarin said that Pakistan has fulfilled twenty six out of twenty seven conditions. He said had any country done so, it would have been off the grey list long ago.  He regretted that Pakistan is being punished by some countries for some different reasons.