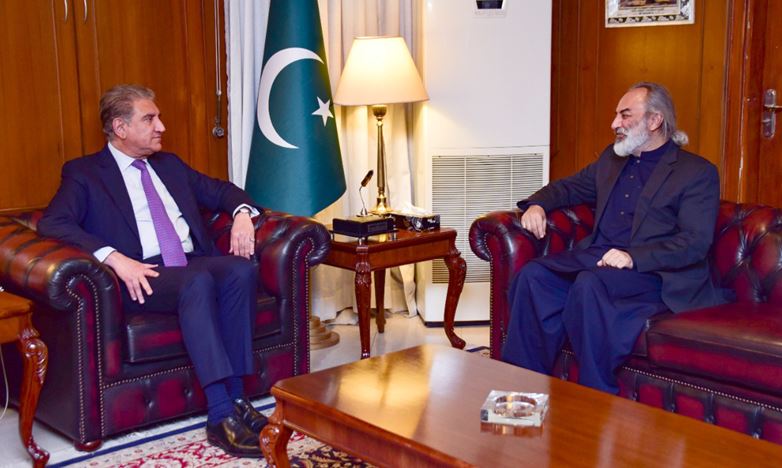 ISLAMABAD, The Senate was informed on Friday that Pakistan will start using the Saudi oil facility on deferred payment from next month.

Responding to various questions during Questions Hour session in Senate, the Minister for Finance and Revenue Shaukat  Fayaz Ahmed Tarin told the house that the government has tried not to pass on to the people the full burden of international increase in petroleum products.

He said we have reduced the sales tax and Petroleum Development Levy on petroleum products to provide relief to the masses.

The Finance Minister said the foreign exchange reserves of State Bank of Pakistan have increased over the last one year which will help reduce pressure on the rupee.

Shaukat Tarin said Pakistan received three billion dollars from Saudi Arabia in the month of December 2021 for a period of one year at four percent interest rate. He said the country’s exports and remittances are increasing whilst the trade deficit reduced by 1.5 billion dollars last month.

Responding to a supplementary question, the Finance Minister said Pakistan has met twenty seven out of twenty eight conditions of Financial Action Task Force (FATF). He said we have fulfilled our targets and hoped the country will come out of the grey list in the next review meeting of the FATF.

In written reply, the Minister said that it is a fact that import bill jumped 70% to US$ 33 billion in July-November, 2021 compared to US$19.5 billion in the corresponding months of 2020, adding that increase in import is mainly due to substantial increase in the price of oil, gas, coal and food commodities in the international markets.

The minister said moreover, increase in the investment in capital goods, raw material and intermediate goods due to enhanced activity in industrial sector also contributed to increase in the import bill.

He said that further, significant increase in the import of vaccine has also impacted the import bill.

He said that the “the following steps have been for curtailing imports; State Bank of Pakistan has imposed 100 per cent Cash Margin Requirement (CMR) on import of 525 items to discourage the import. The government has increased the Regulatory Duty from 15 % on import of various vehicles”.

Replying another question, in written reply, the minister said that Regulatory Duty (RD) has been levied on import of multiple luxury /non-essential items.

Responding to various questions, Minister of State for Parliamentary Affairs Ali Muhammad Khan said that several projects worth billions of rupees have been launched for the development of Balochistan and Gwadar.

He said that the ministry led by women minister has achieved third position in the best performing ministries. He said that while previous government had ignored women but present government has also conducted number of activities under the trade facilitation for women entrepreneurs.

Replying to another question, he said that Pakistan has been played a key role in restoration of peace in Afghanistan. He said that accelerated Development Plan for Southern Balochistan was prepared in consultation with all stakeholders. All projects have been duly approved by the competent development fora. He said that funds are being allocated and released to the approved project sponsored by various federal ministries/ divisions which are being executed by federal and provincial departments, as per prevailing procedure and assigned responsibilities.