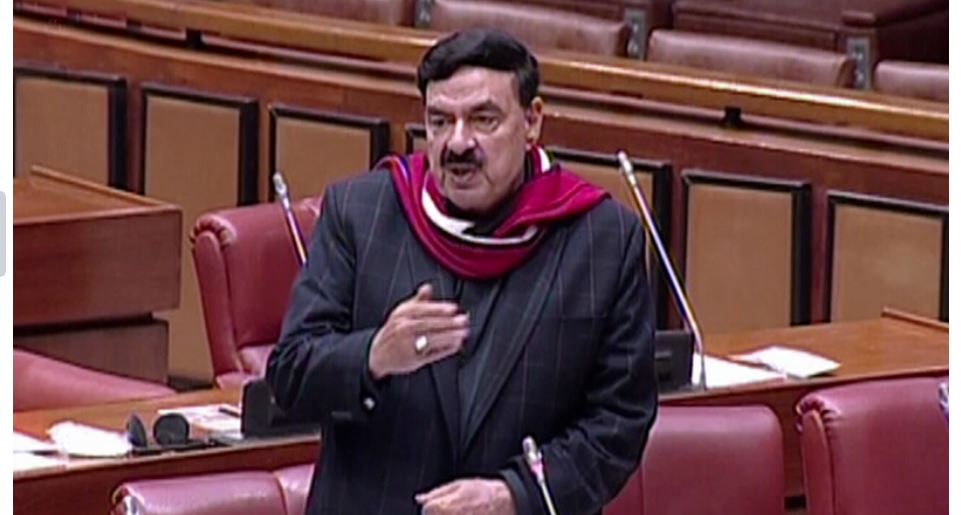 ISLAMABAD, JAN 21: Opposition senators on Friday sought an explanation from Interior Minister Sheikh Rashid Ahmed over the recent terrorist incidents in the country, including the blast in Lahore on Thursday which claimed the lives of three people.

During today’s session, the opposition urged Senate Chairman Sadiq Sanjrani to suspend routine proceedings and debate the country’s law and order situation in the wake of the Lahore blast and the killing of a policeman in Islamabad during a shootout.

Addressing the upper house, Senator Raza Rabbani lamented that terror incidents were on the rise in the country.

He said that the Balochistan Liberation Army had claimed responsibility for one of the attacks “while the interior minister said the Tehreek-i-Taliban Pakistan (TTP) was behind it”. The senator demanded that the minister be summoned to clear the confusion in this regard.

“Do the recent incidents not prove that the approach adopted in dealing with the TTP was wrong?” he questioned.

Senator Yousuf Raza Gillani said terror incidents were increasing and the interior minister should brief parliament in this regard, adding that media reports were not sufficient to ascertain the details.

Senator Sadia Abbasi said she had submitted a calling attention notice at the Senate secretariat to discuss the law and order situation. “However, it was not incorporated in the agenda,” she said.

Irfan Siddiqui of the PML-N said the incidents of robberies were on the rise in the capital, while “the interior ministry was busy indulging in rhetoric”. The senator said he had not seen the interior minister in the House for any briefing during the last nine months.

On the demand of the opposition, the interior minister made a brief appearance during today’s session. He said that there were “special motives” behind the killing of the cop in Islamabad, adding that the government was investigating the incident.

The minister also condemned the Lahore blast and said that an investigation into the incident was underway. He said that no one would be allowed to spoil the country’s peaceful environment.

The minister said two terrorists were killed in the Islamabad shootout, adding that six mobile phones belonging to the attackers were also recovered. “I do not want to mention the details about their movement and accommodation,” Rashid said.

Subsequently, the opposition parties submitted an adjournment motion seeking an explanation from the minister over terror incidents in the country.

Following this, the Senate chairman told the minister to brief the upper house in this regard and the steps taken by the government on Monday (Jan 24).