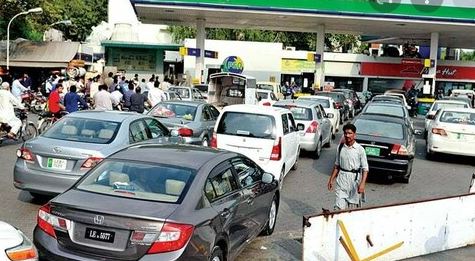 ISLAMABAD: The Oil and Gas Regulatory Authority (Ogra) on Monday rubbished reports of fuel shortage in parts of the country, maintaining that “adequate” supplies of petrol and diesel were available to cater to domestic needs.

An Ogra spokesperson said that speculation was rife about the shortage of diesel in a few pockets of Punjab, adding that “Ogra is monitoring the situation with the help of law enforcement agencies.”

He warned that anyone found involved in hoarding or stocking fuel with an intent to create a shortage would be dealt with in accordance to the law.

However, the All Pakistan Petrol Pumps Dealers Association had a different version to offer.

Nauman Ali Butt, the secretary general of the association, said none of the oil companies except Pakistan State Oil (PSO) were supplying fuel to the dealers.

Butt claimed that all private companies had suspended their operations and that PSO was the only supplier currently operation in the province.

He urged Prime Minister Shehbaz Sharif to look into the matter and ensure the provision of uninterrupted fuel supply to dealers in order ensure continued supply of petroleum products to the public.

“Dealers will bear huge losses if private companies continue to remain shut and it will eventually impact the overall fuel supply in the country.”

He urged the government to intervene and resolve the issue.

A Dawn editorial recently noted that PSO was struggling to manage oil supplies, owing to its increasing liquidity crisis as international oil suppliers demanded hard currency from the cash-strapped state-run entity for fresh supplies as well as higher premiums on delayed payments.