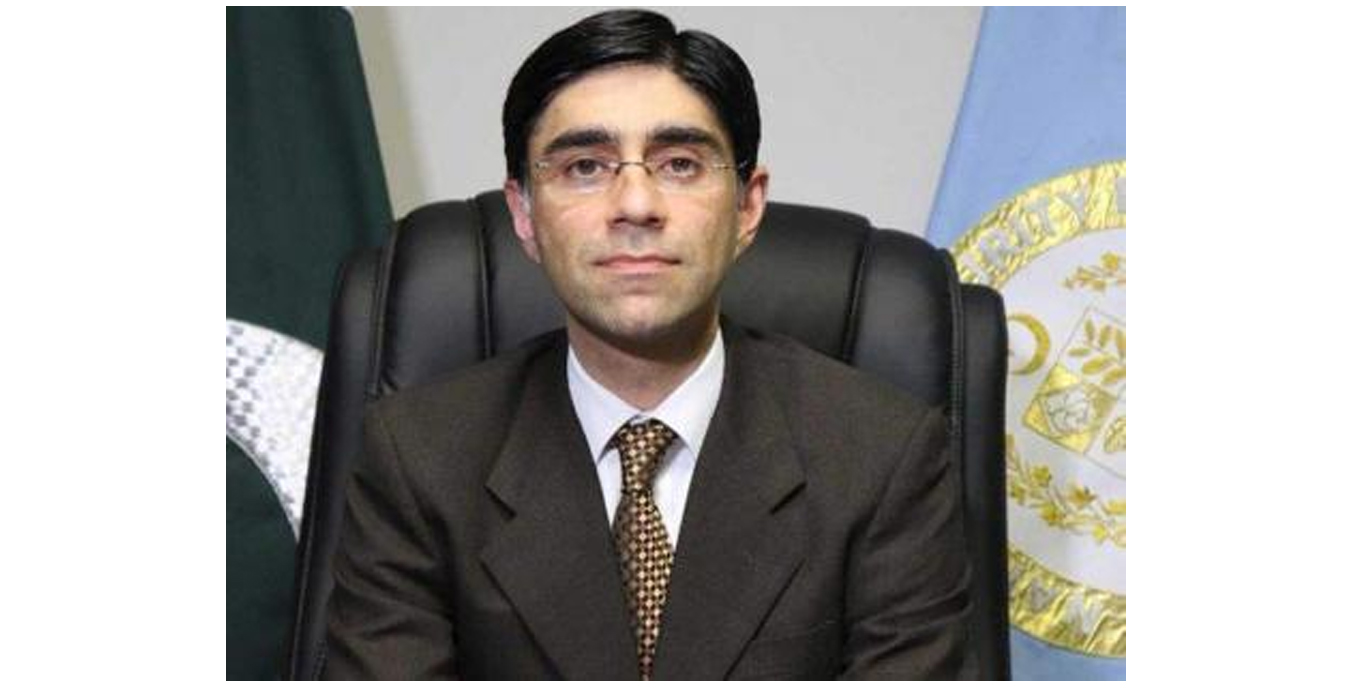 “It has been very important for the country other than many others to have its policy formed and made public before the world and its citizens,”

Addressing the launching ceremony of the public version of National Security Policy (NSP) of 50 pages, the National Security Adviser (NSA) shed light on the key features of the 110-page Policy approved for five years (2022-26).

Dr Moeed said Pakistan is a country where a huge debate was made over national security since its creation and the world also discussed it.

“We have observed the national security policies all over the world and there are very few countries that are so confident to codify the major aspects of this policy and make public most of its part for the masses and the world.

So that they could see what is the direction, intent and where the nation is heading in terms of national security.

“It has been very important for the country other than many others to have its policy formed and made public before the world and its citizens,” the NSA said.

Economic Security, he said at the core was not only words as this conversation became vogue since this government came into power. “This (economic security) has been discussed earlier but it has been clearly mentioned in this policy.”This policy document, after collaboration with relevant ministries had defined the term of national security and explained why economic security would be placed at its core,” he underlined.

After that, we will achieve our prime goal of a citizen’s physical and economic security as the responsibility of the state and its number priority,” Dr Moeed said.

The protection envisioned under the NSP could not be possible sans good governance,accountability, and transparency.

Commenting on the key elements of NSP, the NSA said that education had a direct connection with the national security. It was needed to be reviewed whether either the education being imparted to the youth was uniting the nation or creating more division.

“He noted that geoeconomics has been repeatedly flagged for the past one and half years by the national leadership including the prime minister. “I want to clarify that geoeconomics is not a separate thing from geo-strategy as our focus on the latter will remain because we have no option to deviate from it given the region we are living in.

“But we will further emphasise on geoeconomics in the future, meaning that our location is being used as corridor and development partnerships where we will invite the world to invest and benefit from Pakistan’s economy.”In the end, he said human security was discussed in the NSP that ensured individual security and included population, the youth, climate, food, and health security.

“These elements are discussed in NSP as without these sectors national security definition is meaningless.”

“Prime Minister Imran Khan gave me two directions after the approval of NSP that first, NSD will be bound to update the NSC after every month on implementation of NSP. Second, the NSP should be completely made public and transparent so that the nation and the world should see what direction is set by the country.

“The public document released today is not a two-page summary rather a complete document of50 pages as the original document was classified and could not be made public. “The public version will provide complete details about the features of the policy and national security’s direction and consensus on it. I want to be absolutely clear about this that the policy has the state’s consensus to its least level.”He thanked all government departments involved in this 7-year long process. “This policy has been formulated with the input of all the provinces and departments and sectors which is not solely developed by me or the NSD.”

“I would like to thank all the national institutions and departments for their support and input and congratulate them for the historic achievement which was accomplished after14 years,” the NSA mentioned.

He also recognised the former NSA and Envoy to Afghanistan Mohammad Sadiq who initiated the process of NSP. He thanked the I would like to thank the NSD entire team under Secretary National Security Division (NSD) Amir Hassan Secretary, Strategic Policy Planning Cell (SPPC) which was the Prime Minister’s think tank.”I am proud of it (SPPC) which was spearheading the entire process when we started working on NSP,” he said.