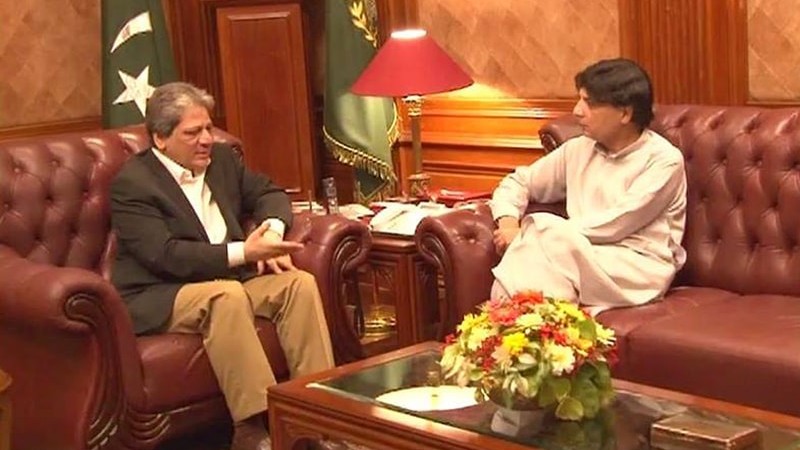 KARACHI: Federal Interior Minister Chaudhry Nisar Ali Khan chaired a high-level meeting at the Rangers Headquarters on Monday to review the overall law and order situation in the city and the rest of Sindh province.

The interior minister was briefed about the progress in the investigation of the Safoora incident and other high-profile target killings in the city.

Nisar appreciated the Rangers’ role in curbing target killings and said that terrorists involved in recent activities will be brought to justice as the investigations are based on concrete leads, a Rangers spokesperson said. The interior minister also paid a visit to Yadgar-e-Shuhada and offered fateha.

Nisar arrived in Karachi on a one-day visit to get a detailed briefing regarding Wednesday’s terrorist attack on a bus carrying members of the Ismaili community near Safoora Goth in which 45 people were killed and eight others were injured.

During the meeting it was decided that the ongoing operation against criminal elements in the city will be sped up, and will be extended to target not only criminal organisations but also their workers and abettors.

The minister will hold a meeting with DG Rangers Major General Bilal Akbar separately, and will lay a floral wreath on the Yadgaar-i-Shuhada at Rangers Headquarters.

Nisar will also meet the leader of Ismaili community Sultan Ali Allana during his visit.

At least 43 people, including 17 women, were massacred near Safoora Goth when gunmen boarded the bus they were travelling in and shot them at a point-blank range. Six other women and two men were wounded in the brazen assault.

The gory incident sent ripples in the power corridors of Islamabad and Rawalpindi from where the prime minister and the army chief rushed to Karachi, sat together with representatives of the intelligence and law enforcement agencies and decided to accelerate the ‘targeted operation’.

Two of the wounded persons died from the bullet wounds, said on Thursday an official of the Sachal police station within whose jurisdiction the carnage was carried out. The two deaths took the toll to 45. =DNA