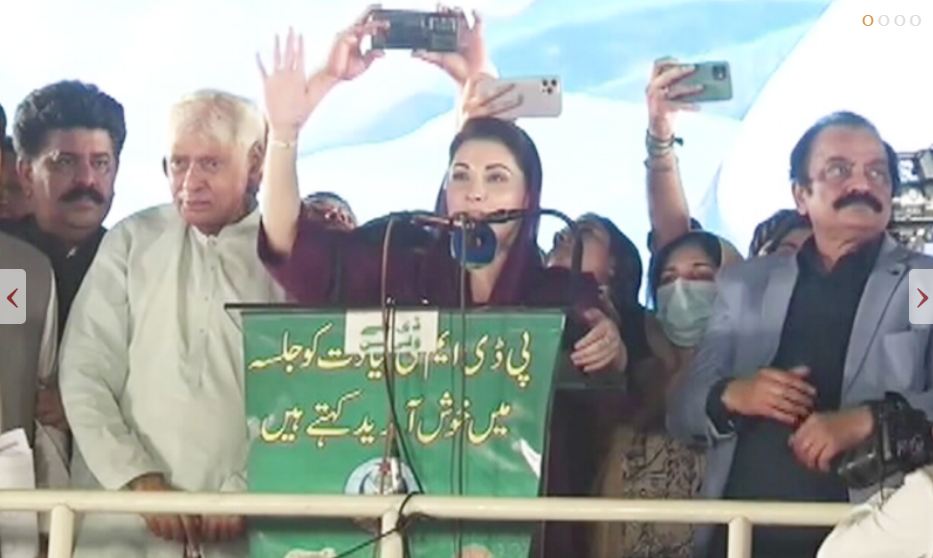 Faisalabad, OCT 16: PML-N Vice President Maryam Nawaz said on Saturday that former prime minister Nawaz Sharif’s opponents had suffered exemplary defeat as she hit out at the PTI-led government for the hike in prices of utilities and petroleum products.

Addressing a rally of the Pakistan Demo­cratic Movement (PDM) – an anti-government alliance of opposition parties – at Faisalabad’s Dhobi Ghat ground, Maryam said in Nawaz’s tenure [as PM], sugar was Rs50 per kg, and now after three years, it had crossed Rs120 per kg while electricity prices had shot up from Rs10-11 per unit to Rs25 per unit.

“There was a man named Imran Khan, who used to say when flour becomes expensive, when sugar prices rise, when rates of electricity and petrol rise, know that your prime minister is a thief,” Maryam said.

“So who is the thief now?” she asked a charged crowd.

Maryam also criticised the government for the dengue outbreak, particularly in Punjab.

“The entire world is facing coronavirus, but now because of their [government’s] incompetence, people are dying of dengue,” she said.

“There is no one here like Shehbaz Sharif who used to visit hospitals,” Maryam added.

According to local PML-N sources, party supremo Nawaz Sharif will also address the gathering from London via video link while leaders of other opposition parties are also expected to speak.

The PML-N’s official spokesperson did not confirm the participation PML-N President Shehbaz Sharif while former PML-N MPA Rao Kashif Raheem claimed that Shehbaz was not due to address the rally.

On her way to the gathering, Maryam shared videos on Twitter showing throngs of supporters welcoming her.