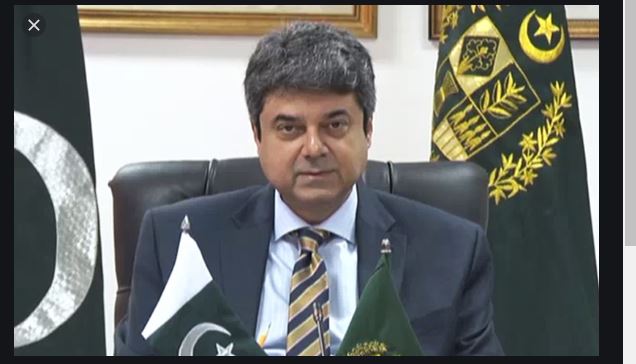 KARACHI, Oct 17 (DNA): Federal Law Minister Farogh Naseem has said that
all the statements of former Prime Minister and Pakistan Muslim
League-Nawaz (PML-N) leader Mian Muhammad Nawaz Sharif were an attack on
the judiciary and will not be tolerated.

Addressing the 5th National Judicial Conference in Karachi, the Federal
Law Minister said that there was unwarranted criticism against the
judiciary in Pakistan. He said that only someone who does not know will
criticize judiciary or he will deliberately say such things.

Addressing the function, he said that Pakistan s institutions are our
red line, everyone must respect the red line, and the situation in
Pakistan has reached this point due to corrupt political leadership.

Farogh Naseem further said that there was no life in any statement of
the opposition. Not everything needs to be controversial.

Yesterday someone said the Panama case was a conspiracy. Did the Prime
Minister or the military leadership said to buy Avenfield apartments, he
added.

The federal law minister said that we have no agenda to file a case
against anyone. We don t have fake accounts. Whatever the charge, the
money trail will end it.

He said that one of the main agendas of the federal government is the
rule of law and the country s constitutional institutions are our honor.=DNA

« People of Pakistan remained most neglected party in past 73 years: Sirajul Haq (Previous News)
(Next News) PIA flights to resume to England from October 30 »