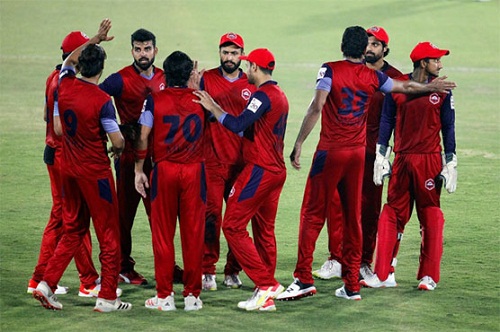 RAWALPINDI, Sep 30 :An impressive batting performance earned Northern a five-wicket win over ATF Southern Punjab in the tenth match of the National T20 played at the Pindi Cricket Stadium, Rawalpindi on Wednesday night.

All-rounder Mohammad Nawaz (player-of-the-match) made full use of two dropped chances as he scored an unbeaten 56 off 35 balls (six fours, two sixes) to spearhead his side’s 176-run chase.

Nawaz added 67 runs for the fifth-wicket with his captain Shadab Khan who turned the game on its head by scoring 23 runs off Naseem Shah’s over -18th of the innings to ease out the nerves in Northern’s camp.

Shadab who got off to a sedate start scored 30 off 20 balls (three sixes, one four) with his three sixes and one four coming in Naseem’s over.

The chase was duly completed on the first ball of the final over with Nawaz hitting the winning runs, top-order batter Haider Ali (40 off 27 balls, five fours, one six) and opener Nasir Nawaz (24 off 15, two fours, two sixes) had earlier set the platform of Northern’s chase.

Left-arm-spinner Hassan Khan took two wickets for the luckless Southern Punjab who are now languishing at the bottom of the six-team table after suffering their fourth consecutive defeat. Northern have now won two out of their three matches.

Earlier, Northern won the toss and opted to field, the Southern Punjab total was set-up by a swashbuckling innings of 75 off 47 balls by captain Sohaib Maqsood who promoted himself as an opener along with Zeeshan Ashraf. The left-hander Zeeshan perished for one, Sohaib added 74 runs for the second-wicket with Salman Ali Agha who scored a run-a-ball 24 was dismissed by Imad Wasim.

Sohaib hit eight fours and four gigantic sixes in his innings, he was eventually dismissed by pacer Musa Khan. Musa then got rid of the dangerous Khushdil Shah (20), Sohaib and Khushdil added 49 runs for the third-wicket.

The pair of Aamer Yamin (23 off nine balls, three fours, one six) and Azam Khan (18 off 12, two sixes) hit some big shots in the death overs to propel Southern Punjab to their impressive total.

Player of the match: Mohammad Nawaz.