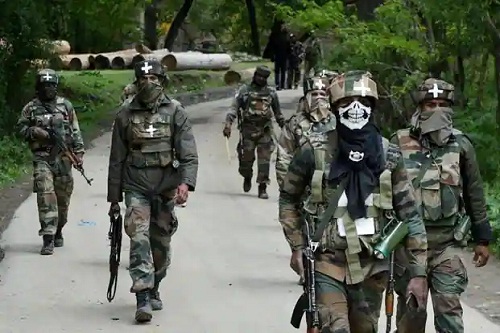 According to Kashmir Media Service (KMS) the troops launched cordon and search operations in Eidgah, Noorbagh and Jamalata areas of Srinagar, this morning, subjecting the locals to immense inconvenience.

The Indian forces’ personnel also continued their cordon and search operations in Nihalpora Pattan, Sopore, Onagam and other areas of Baramulla and Bandipore districts.

A local resident of Nihalpora Pattan in Baramulla district told media men that Indian forces appeared in the village and started door to door searches.

A resident of Onagam in Bandipora district said that the troops along with personnel of Special Operations Group of Indian police were conducting house-to-house searches in the area.