Most of the dissident lawmakers will return to PTI: PM Imran 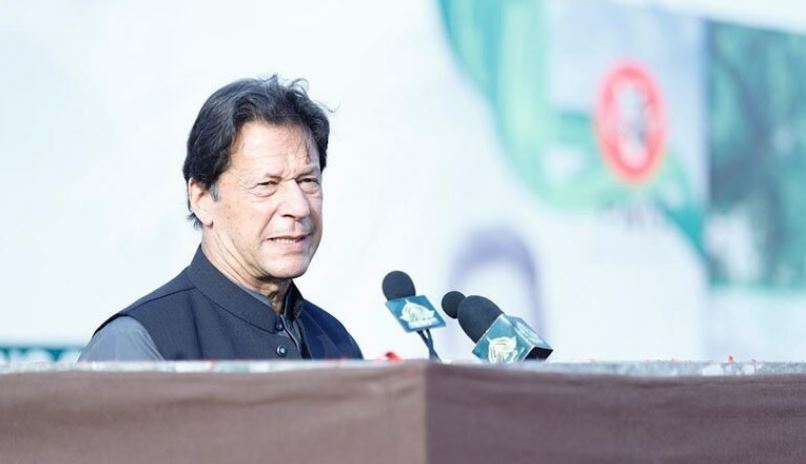 RAWALPINDI, Mar 19: Prime Minister Imran Khan said on Saturday
that most of the dissident members of the ruling Pakistan
Tehreek-e-Insaf (PTI) who were staying in Sindh House will soon return.

Addressing the ground-breaking ceremony of Rawalpindi Ring Road project
on Saturday, he said that huge bags of money had been doled out to
purchase loyalties of people.

“There is a market to purchase conscience of people through illegal
pelf. The police force was summoned from the Sindh province to guard the
Sindh House where illegal activities were happening,” he added.

The prime minister said that the nation’s anger would keep on brewing
with the opposition’s push for its no-confidence motion, adding that the
public should witness this kind of politics which had always pushed the
country behind in terms of progress and prosperity.

Imran Khan went on to say that it was necessary for the public to
realize what was happening in the country now, adding that the public
should realize the politics of ill-gotten wealth.

These people, he said, had plundered the national wealth and sent it
abroad. No one among them ever felt ashamed.

These things did not happen in a democratic system, the prime minister
said, adding in the West, or the United Kingdom where he spent most of
his life, there was no place for corrupt elements.

Prime Minister Imran Khan has stressed the need to ring-fence the major
cities for the protection of cultivable land.

The Prime Minister due to rapid increase in population our cities are
under stress and they are expanding and green cover is fading. He said
special attention is being paid in all new projects to protect green
areas and making them environment friendly.

Mentioning the importance of Central Business District and Ravi city,
the Prime Minister said these projects will not only increase economic
activities but will also help controlling unplanned sprawl of the
Punjab’s capital.

The Prime Minister said Lai Nullah is also of significant importance for
the twin cities, therefore, soon its plan will be finalized for
construction.

The 38.3 kilometres long Ring Road project will comprise six lanes and
five interchanges will also be constructed on it.

The prime minister said that the RRD project will ease out traffic flow
in the twin cities of Islamabad and Rawalpindi. “Ring Road projects are
important of big cities like Faisalabad, Gujranwala, Sialkot and other
metropolitan cities,” said PM Khan and added that he had directed
authorities concerned for early completion of master plans of ten major
cities to contain their spread.

He went on to say that the Rawalpindi ring road project as an alternate
route would reduce travel time and expenditures of passengers. “The
project will also provide employment opportunities and boost economic
activities,” he said.