Modern educational approaches being adopted by madaris a welcome change

Islamabad, 15 Dec /DNA/ – The Islamic schools (Madaris) in Pakistan are undergoing a transformational change, and while this appears to be a good omen, it is also a growing feeling among them that they have to carve out a revamped identity while staying firmly connected to their academic traditions and societal roots. This not only calls for devising an extraordinary strategy, but also accentuates the importance of reinforced unity in a bid to play down any divisions or rifts.
These views were exchanged at a seminar co-organized by the Council of Islamic Ideology (CII), Institute of Policy Studies (IPS), Islamabad and Darul Ilm-wal-Tehqeeq, Karachi on Wednesday. The session also featured launch of the latest publication on the subject by eminent Islamic scholar Dr Syed Aziz ur Rahman titled ‘Deeni Madaris Badalte Hue Zamane Main’.
The session held at CII was graced as chief guest by Barrister Zafarullah Khan whereas the other speakers included Chairman CII Dr Qibla Ayaz, Vice Chairman IPS Ambassador (r) Syed Abrar Hussain, Dr Nazir Ahmed Vaid, renowned social activist and member, IPS-National Academic Council, Dr Syed Aziz ur Rahman and Dr Ikram ul Haq Yasin, secretary, CII.
Barrister Zafarullah Khan was of the view that religious education must be in tune with the times. In this regard, it becomes important to look beyond one’s preconceived beliefs and thoughts.
He further said that in addition to highlighting the research aspect in religious education, the students of religious seminaries should get acquainted with ancient and modern traditions and history.
Dr Qibla Ayaz was of the opinion that there was a lot to be done to bring the teaching style and techniques in madaris at par with modern methods.
Dr Nazir Ahmed Vaid pointed out at some latest trends utilizing which the madrassas are not only progressing in modern education and technology but also making their names. He presented the example of a prominent madrassa in Karachi where students from over fifty countries were pursuing their education and will go on to become ambassadors of Pakistan in their respective countries. Recently students from a madrassa in Punjab created history by doing wonderful in a robotics competition, he added, whereas some madrassas are also imparting O and A level education to its students, while taking innovative measures for their personal and professional development alongside.
Dr Syed Aziz ur Rahman apprised that the thought of keeping up with the modern societal needs has always prevailed in the madrassas but the transition has naturally been slow and gradual due to their deep-rooted connections with conventions and traditions. However where on one hand there has been changes in the curriculums and teaching styles of Dars-e-Nizami, there has also been improvement in the general atmosphere of the madaris as well as more acceptance towards needed reforms. This however is not compulsory for the students of religious education to acquire science, technology education and other contemporary skills, he maintained. The prime objective of religious education has always been to impart knowledge and wisdom aimed at societal training and development. It is thus important to understand that religious education should not be seen as a mean to earn livelihood, whereas earning of a living should remain to be a secondary objective, he added.
Dr. Ikram-ul-Haq Yaseen, Secretary of the Council of Islamic Ideology, while highlighting the valuable role of madaris, said that during the British rule, madaris were deliberately kept away from economic and administrative matters, and were reduced to providing only basic learning of Islam. He further said that a religious scholar should be a good preacher as well as a dynamic person of the society.
Ambassador (r) Syed Abrar Hussain viewed that the Government of Pakistan had also played a big part in determining how the role of religious institutions is seen in the country. They have mostly seen these institutions from the lense of security instead of looking at them as our traditional educational institutions with deep socio-cultural roots. The need of the time now is to change this perception through greater harmony between different sects and religious institutions.
The session was attended by a large number of ulema, teachers and researchers. 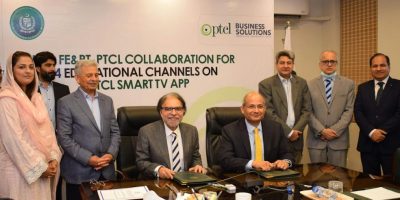 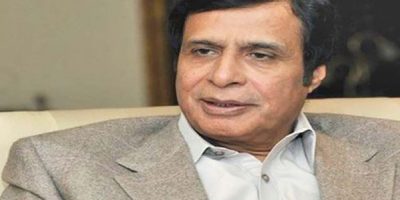