Man dies after ramming car into Russian embassy in Romania 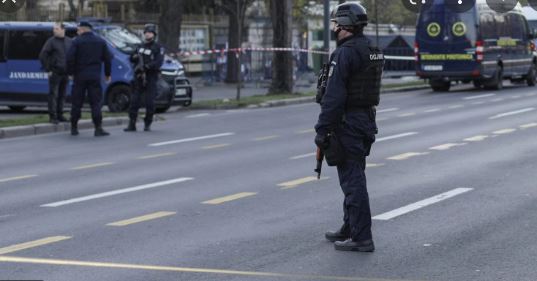 Bucharest, APR 6: A man died after ramming his car into the gates of the Russian embassy in Romania on Wednesday and setting himself on fire inside the vehicle, police said.

“The car crashed into the gate and right after the person inside the vehicle lit a device and that’s how the fire inside the car started,” prosecutor Bogdan Staicu told reporters.

“Inside the car, containers with inflammable substances were found,” Staicu added.

Amateur footage posted on social media showed a vehicle in flames and crashed into the gates of the diplomatic mission in the early hours of Wednesday.

“So far we can’t say that this act is tied to something else other than the driver’s personal circumstances,” Staicu said.

Romanian media said the driver headed an NGO for fathers’ rights and was on Tuesday sentenced to more than 15 years in prison for molesting his underage daughter.

In his last Facebook post, two days before his death, the man wrote that “I am also Ukrainian”.

“We should all consider ourselves Ukrainians until this horrible war ends,” he wrote.

Russia’s Investigative Committee, which probes serious crimes, said “it has been communicated that it was not an accident but a planned incident against the Russian representation, the driver having shouted something at the guard”.

Romania’s foreign ministry said it “rejects any attribution of context or political significance to this tragic incident and calls on the Russian embassy to refrain from any interpretation until the investigation is finalized”.

The building, located in a wealthy district of Bucharest, has been protected by police barriers on the pavement since the beginning of the war in Ukraine, in order to safeguard the building against any demonstrations.

The street outside was closed to traffic on Wednesday morning, and forensic, police and intelligence agents were on site, said journalist at the scene.