Local bodies elections to be held through EVMs: Fawad 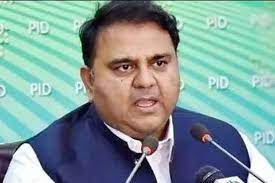 Talking to media persons after meeting of Pakistan Tehreek-e-Insaf (PTI) core committee, Fawad Chaudhry said that Khyber Pakhtunkhwa local bodies election will be held on December 19 while a new structure for village council will be introduced for Punjab.

The minister further said that local bodies act of Punjab will also be approved in coming days, paving the way for elections in the province.

He added that the elections will be held through EVMs and clarified that polls held through the machines will not be more expensive compared to other elections.

While criticizing political opponents, Fawad said that opposition is not willing to talk about electoral reforms as they do not want any changes in current election system. If opposition has any good suggestions, government is willing to consider them, he added.