Kashmiris Struggle to get Rid of Indian Yoke 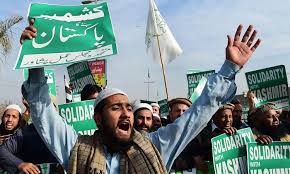 Generation after generation Kashmiri men, women and children have confronted and contested Indian occupation, brutality and incarceration. Pakistan continues to provide political and diplomatic support to the people of the occupied valley. India is violating international laws in the valley. The World must take note and warn Delhi about the implications of its actions in the region.

Indian siege can’t conquer aspiration of Kashmiri people and asks world community to restrain apartheid Indian state’s atrocities in held valley.But no amount of brutality can break the will of the Kashmiri people & aspirations for freedom from occupation. We salute their courage. Every Pakistani stands by them in their just struggle for self determination

Former India-appointed interlocutor on Kashmir, Radha Kumar, has said that everything has become worse in occupied Kashmir since August 05, 2019. Narendra Modi-led fascist government in New Delhi had repealed the special status of occupied Kashmir on 5th August, last year, and placed the territory under military siege, which still continues. Radha Kumar in an interview with Arab News, an English-language daily newspaper published in Saudi Arabia, said, “In this one year, everything has become worse. The alienation is worse, anger is stronger, cynicism is more pronounced and the sense that India wants to quash and humiliate Kashmiris is stronger”. She cited new measures taken by New Delhi – such as a domicile law where outsiders can become residents of occupied Kashmir, a media policy to control the territory’s media and a building law allowing the Indian military to buy land and make a permanent structure – that are fueling strong resentment among people.

Radha Kumar is one of the 21 high-profile Indian and Kashmiri activists who prepared a report on Kashmir released a year into India’s lockdown of the territory. The 70-page report, “Jammu and Kashmir: The Impact of Lockdowns on Human Rights,” which was recently released by New Delhi-based Forum for Human Rights – a rights body comprising prominent jurists, former diplomats and academicians – said that the economic, social and political impact of India’s actions had been disastrous.

An informal group of prominent Indian citizens “Forum for Human Rights in Jammu and Kashmir” has asked Prime Minister Narendra Modi-led government to revoke harsh measures in Indian Occupied Jammu and Kashmir (IOJ&K) by balancing security considerations with the public interest. The group including seven former senior judges of the Indian supreme court and chief justices of various high courts, five ex-top bureaucrats, and three senior retired defence officers in a report said the constitutional changes undertaken by the Indian government on Aug. 5, 2019, have bewildered Kashmiris and left them stunned and dumbfounded. The group headed by Justice Madan BhimaraoLokur, a former judge of the Supreme Court and Radha Kumar, underlined that the absence of a multi-dimensional dialogue for settling the Kashmir issue between the New Delhi and Kashmiri leaders, and India and Pakistan, has given rise to anger, despondency, and despair among people. Group has emphasised that impact of India’s actions has been “disastrous”. “The economic, social, and political impact of these actions, and their long duration – eleven months thus far – have been disastrous,” said the report. The group said the impact on education has been particularly severe. ”Schools and colleges functioned for barely 100 days between 2019 and 2020, the bulk of which were pre-August 2019,” the report documented. It further said after the Covid-19 related lockdown when schools and universities moved to online classes across the world, in Kashmir the permission of 2G facility instead of 4G did not allow digital learning. The report said the events after August 2019 have plunged the region into a sharp downward spiral. Quoting trade bodies, the eminent citizens’ group recorded total losses incurred to the businesses over the last one year from August 2019-June 2020 have reached 400 billion rupees ($5.3 billion). In the first four months of lockdown, Occupied Kashmir’s industries had suffered a loss of 178 billion rupees ($2.4 billion). Demanding release of all remaining political detainees and juveniles who were taken into preventive detention on or after Aug. 4, 2019, the former judges noted that dozens of public interest petitions challenging human rights violations did not receive the prompt judicial attention.

Kashmiris have been fighting against Indian atrocities and leading a freedom struggle for decades. The IOJ&K has seen at least 229 killings during more than 100 military operations since January 2020, according to a recently released report by the Jammu and Kashmir Coalition of Civil Society (JKCCS).From January 1 to June 30, the region witnessed the extrajudicial executions of at least 32 civilians and the killing of 54 armed forces personnel, the report stated.It also saw 55 internet shutdowns and the destruction of 48 structures.The report said three children and two women were also killed, while at least “107 cordon and search operations and cordon and destroy operations were conducted in the region”.A strict lockdown and communications blackout has been in place in occupied Kashmir since August last year.

Research Section of Kashmir Media Service has recentlyissued an analytical report which revealed that over 450,000 Kashmiris have laid down their lives for Jammu and Kashmir’s freedom from Indian occupation and for its accession to Pakistan during the last over seven decades.The United Nations mustinstitute enhanced monitoring and documenting human rights abuses being committed by India in occupied Kashmir.

Decades of Indian atrocities have failed to suppress insurmountable spirit and legitimate freedom struggle of the Kashmiris, which is destined to succeed.And Kashmiris are not alone in their struggle. Pakistan has raised the issue of Kashmir on every international forum and has stressed that the World must not let Srebrenica-like massacre happen in occupied Kashmir. Entire Muslim Ummah also needs to become the voice of the people in occupied Kashmir.

Generation after generation Kashmiri men, women and children have confronted and contested Indian occupation, brutality and incarceration. Pakistan continues to provide political and diplomatic support to the people of the occupied valley. India is violating international laws in the valley. The World must take note and warn Delhi about the implications of its actions in the region. The United Nations needs to take notice of Indian atrocities in the occupied valley.Writer is a freelance contributor, email: Iqbal.khan9999@yahoo.com 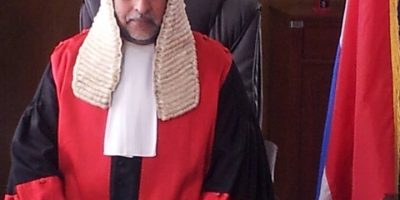 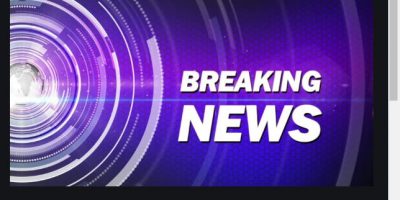