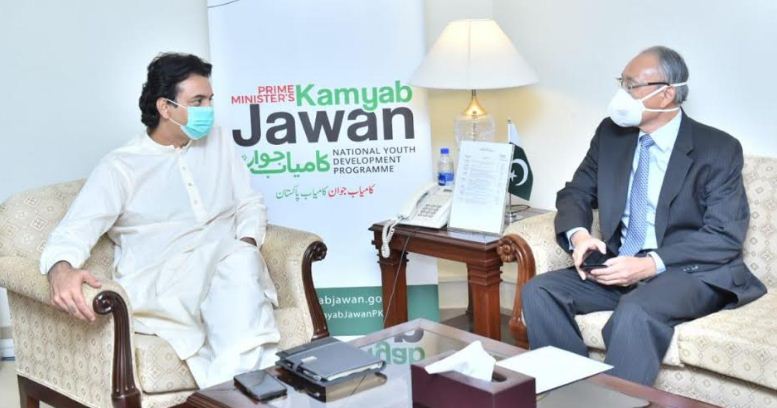 Welcoming the delegates, Mr. Dar appreciated the assistance extended by the government of Japan in various fields and sectors. He underlined the importance for further cooperation, especially for youth development in Pakistan. “ We are facing the challenge of creating jobs for bout two million youth added to job market every year”, said Mr. Dar.

Dar emphasised for mutually establishing a centre of excellence regarding technical and vocational training with Japanese assistance.

The Ambassador said that Kamyab Jawan Programme is very important project in regard to youth empowerment in Pakistan.   He said that the young Pakistani population is an asset for the country.

He further said that investments in Youth development will surely give a great future to the country.

It was agreed during the meeting that both sides will initially exchange proposals for identification of areas for mutual cooperation.=DNA