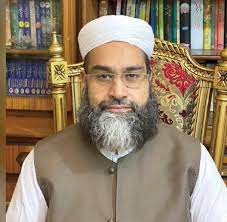 While talking to media her on Thursday, Hafiz Muhammad Tahir Mahmood Ashrafi said that Ulema-e-Islam have always raised voice and guided the public regarding women’s education in accordance with the teachings of Quran-o-Sunnah.

He stated that the advice given by Hazrat Maulana Mufti Muhammad Taqi Usmani to the Interim Government of Afghanistan regarding women’s education is in accordance with prevailing circumstances, time and situation in Afghanistan.

Pakistan is not persuaded to interfere in the internal and external affairs of friendly countries but the rules of Islamic Shari’ah are not specific for any particular country or nation but are destined for the whole Islamic world.

In the light of Islamic Shari’ah, making  opinions and issuing  Fatwa is Shariah responsibility, which should be fulfilled by the religious scholars.

Chairman Pakistan Ulema Council and President Darul Iftaa Pakistan Hafiz Muhammad Tahir Mahmood Ashrafi said that the rights of women have been fully protected in Islam. He said that interim government of Afghanistan used to make decisions in view of their prevailing circumstances.

However,  letter that Hazrat Maulana Mufti Muhammad Taqi Usmani has written to the Amir al-Mu’minin of Afghanistan is a valid advice and the decision in this regard is to be made by the Afghan interim government, Hafiz Tahir Ashrafi said.

He stated that Ulema-e-Islam have always negated the false propaganda with respect to Women’s rights and education.

The Holy Prophet Muhammad (S.A.W) has clearly taught that it is obligatory for every Muslim man and woman to acquire knowledge.

Therefore, propaganda against Islam and Muslims should not be carried out without knowledge of the ground realities, said Hafiz Muhammad Tahir Mahmood Ashrafi.

He stated that he hoped that the interim government of Afghanistan would soon resolve the issue  regarding women.