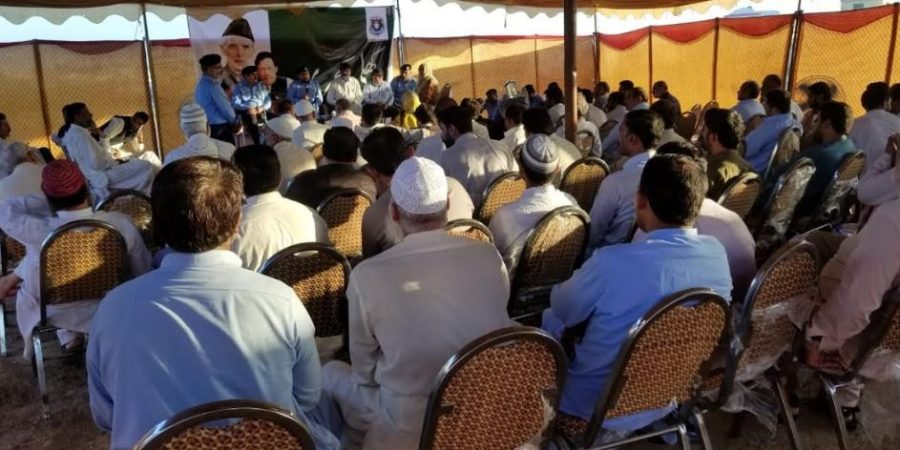 ISLAMABAD, SEPT 8 (DNA) – Islamabad police, being a professional force, is making efforts to promote relations with community and win public support through resolving issues at their door steps.

It was stated by the Superintendent of Police ( Saddar-Zone ) Sarfraz Ahmed Virk while speaking to the participants of `Open Kutchery’ at Sector G-13  on Tuesday. The Open Kutchery was organized following directions of Inspector General of Police Islamabad Muhammad Aamir Zulfiqar Khan and Deputy Inspector General of Police (Operations) Waqar Uddin Syed who asked for effective interaction of police with people. It was attended among others by SDPOs ,Station House Officer, members of conciliatory committees and a large number of notables as well as people of the area.

SP Sarfraz Ahmed Virk listened to the problems of the people residing in areas of Saddar-Zone police stations. He gave directions to immediately resolve them so that public can trust police and culture of friendly policing can be ensured as per prime objective of Islamabad police.

He said that Islamabad police is taking every possible step to maintain peace in the city and the force requires the cooperation of citizens to ensure fool proof security.  He said public cooperation is vital for effective policing and crime can be controlled through involving community in policing affairs fairly.

He appealed citizens for checking activities of the people in their surroundings and inform the police in case of observing the suspects.  He said that effective policing is only possible through cooperation of public and trust between police and citizens would be ensured through resolving their problems at their door steps.

He said that conciliatory committees would be made more effective and appealed more cooperation of citizens with police to resolve public issues.