Islam is protector of rights of non-Muslims and women: Tahir Ashrafi 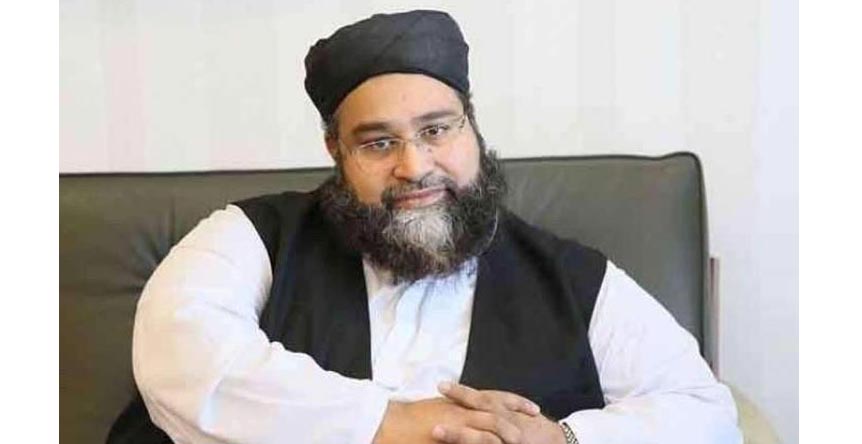 ISLAMABAD, OCT 15 /DNA/ – Ulemas-Mashaykh and religious scholars delivered Friday sermons on the topic of “Rights of Women and Minorities in the light of ‘Sirat-e-Mustafa’ (SAW) all over the country stating that Islam is the protector of the rights of non-Muslims and women and there is no concept of coercion in Islam, if anyone tries to make someone forcibly convert to Islam, he should be punished severely.

On call of Pakistan Ulema Council, Friday Sermons all over the country were held here on Friday on the topic of “Rights of Women and Minorities in the light of ‘Sirat-e-Mustafa (SAW).

The clerics said that everyone should start making of the ‘Madinah-style state’ from their very home, adding ‘Mahbat-o-Ishq-Mustafa’ (SAW) requires to refrain from lying, adulteration, bribery and deprivation of human rights.

The clerics stated that do not burden the family of the deceased with food, and the family of bridegroom with dowry and asked to treat the non-Muslims with kindness.

Thousands of religious congregations and events are taking place across the country under the “Ashra-e-Rehmatul-il-Alameen” and a grand event will be held on 12th Rabiul Awal in Islamabad.

On call of Pakistan Ulema Council, leading Ulemas-Mashaykh addressed Friday sermons all over the country on the topic titled: “Rights of Women and Minorities in the light of Sirat-e-Mustafa (SAW).

Addressing the Friday congregation at Grand Jamia Masjid Baharia Town, Hafiz Muhammad Tahir Mehmood said that Islam is the protector of the rights of non-Muslims and women, there is no concept of coercion in Islam.

Ishq-e-Mustafa (SAW) requires to refrain from falsehood, bribery, rights of neighbors, and taking care of orphans, poor and from violating the basic human rights.

kissing the foreheads of daughters is Sunnah-e-Mustafa (SAW) our life, death and daily course of life should be embodiment of the teachings of the Prophet of Allah Muhammad (peace and blessings of Allah be upon him).

The clerics said that daughter is a mercy  not a nuisanceadding that girls should be educated and practice of dowry should be stopped.

The bridegroom should discourage taking dowry from bride’s family, said clerics while addressing Friday sermons adding that non-Muslims should be treated with kindness.

He said that thousands of events and gatherings are being held across the country under the Ashra-e-Rehmatul-il-Alameen and a grand congregation will be held on 12th Rabiul Awal in Islamabad.

Talking to media after the Sirat conference, Hafiz Muhammad Tahir Mahmood Ashrafi said that Islam is the protector of women’s rights, not giving women the right to inheritance and depriving them of education is anti-Sharia.

He said that those who demand implementation of Nizam-e-Mustafa must start from their very homes, taking care of the rights of neighbors and orphans, keep one’s areas, neighborhoods clean, do not make land grabbing, and do not take bribe.

“It is the responsibility of Muslims to protect the rights of women and minorities,” Ashrafi said.

In response to a question, Hafiz Muhammad Tahir Mahmood Ashrafi said that Istikharah has been ordered by the Holy Prophet (PBUH).

The genys (Jinaat) are subject to human beings and not superior to human beings, said Hafiz Muhammad Tahir Mehmood Ashrafi adding that political leadership should not criticize one’s beliefs.