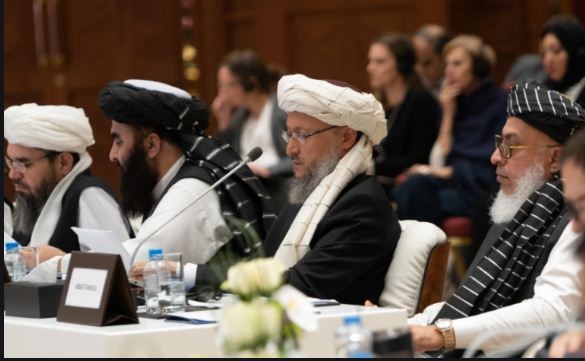 ISLAMABAD, JAN 20 (DNA) – The Taliban demanded a total Islamic system in Afghanistan, stating that there is no possibility of reforming the current government, according to the reports.

The talks between Afghan Republic’s team and the Taliban group resumed negotiations in Doha two weeks ago. However, the two sides have not made any significant progress since the start of the second round of talks.

According to the Afghan media, sources familiar with the ongoing peace talks said that the Taliban are not interested in discussing an agenda with the Republic’s team and that the group is focused instead on the following issues:

The Taliban is demanding the release of their remaining prisoners and the removal of the group’s leaders and members from the US Blacklist. The Afghan government has however requested the US not to give in to the Taliban’s demands.

The Taliban demands a pure Islamic system in Afghanistan, stating that the current government cannot be reformed.

The Taliban are also waiting for US President-elect Joe Biden to be inaugurated and to see what his policies regarding the Afghan peace process. However, Taliban officials yet to comments on this.=DNA