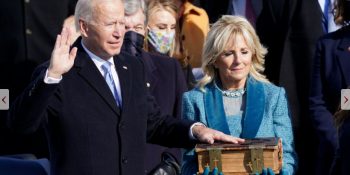 Democrat Joe Biden was sworn in as the 46th president of the United States on Wednesday, ending the tumultuous four-year term in the White House of Republican Donald Trump. Biden, 78, took the oath of office from Supreme Court Chief Justice John Roberts at a solemn ceremony at the US Capitol which was snubbed by the outgoing president and took place in the shadow of a raging coronavirus pandemic. Before Biden, Kamala Harris was sworn in as US vice president, becoming the first woman, the first Black person and theRead More 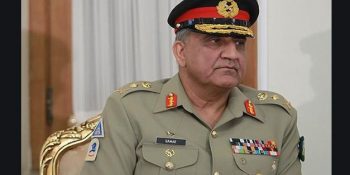 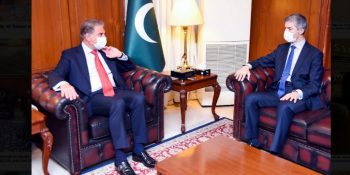 DNA ISLAMABAD, JAN 20 – Foreign Minister Makhdoom Shah Mahmood Qureshi received the non-resident Ambassador of Kosovo to Pakistan, lirDugolli, at the Ministry of Foreign Affairs, today. The Foreign Minister, while welcoming the Ambassador, expressed satisfaction at the friendly relations between Pakistan and Kosovo. During the meeting, strengthening of bilateral relations in particular in the areas of trade, education and culture remained the focus of the discussion. The Foreign Minister emphasized the importance of enhancing people-to-people contacts between the two countries. Ambassador Dugolli thanked the Foreign Minister for receiving himRead More 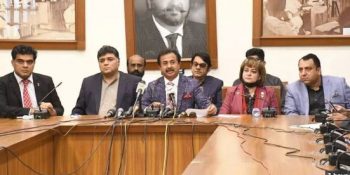 KARACHI, JAN 20 (DNA) – Pakistan Tehreek e Insaf (PTI) Central President Haleem Adil Sheikh has demanded that the name of Sindh Chief Minister Murad Ali Shah should be put on the ECL, in the backdrop of probe about his corruption by the NAB. Addressing a press conference at Sindh Assembly here Wednesday flanked by Bilal Ghaffar, Dr Imran and others said that the front man of Sindh rulers Anwar Majid is involved in tractor scam and he was also given subsidy of billions of rupees in Dadu Sugar Mills andRead More 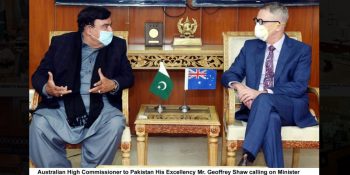 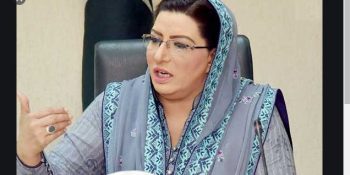 LAHORE, JAN 20 (DNA) – Special Assistant to Chief Minister for Information and Broadcasting Firdous Ashiq Awan on Wednesday said that rally by Pakistan Democratic Movement (PDM) outside Election Commission of Pakistan (ECP) was a failed show. Firdous Ashiq, in a tweet, said that despite no hurdles by the government and free hand, the opposition alliance failed to gather large number of people and there are more customers in Sahulat Bazars set by Chief Minister Usman Buzdar. The CM’s aide also asked Maryam Nawaz to reveal details about owners of theRead More