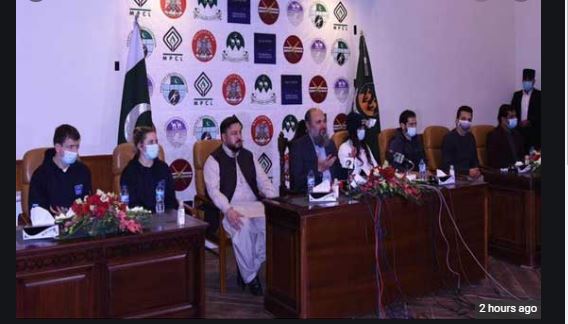 “I think this is a great message that Pakistan is hosting a squash event
where international players have come in. This shows how conducive the
environment is for sports and especially in Balochistan and Quetta. That
is a very good message that should go to international community,” the
chief minister said talking to media at the opening ceremony of the
League.

He said Balochistan was rich with lot of opportunities and good
environment for sports as they used to be taking place in the past too.

Featuring foreign players from USA, Scotland, and Egypt, besides 32
national players, he said the three-day event was a welcome step to
highlight the positive image of the province as well as the country.

He said four international players including those with world ranking
were participating in the event being held in the glass court, for the
first time.

“Balochistan Government and BISL with help of Air Force bring The First
Glass court Tournament ever in Balochistan with International Players
participating,” the chief minister also commented on Twitter.