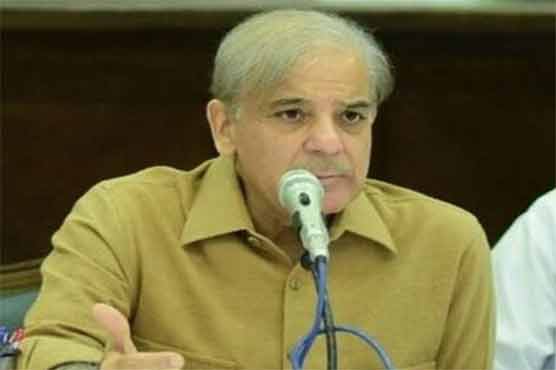 LAHORE, AUG 31 (DNA) – Pakistan Muslim League-N (PMLN) President and Leader of the Opposition in the National Assembly Shehbaz Sharif said that the inaction of the international community on the ongoing atrocities in the occupied Kashmir is sad and alarming.

He said that the impartial use of justice will lead the world to destruction. “If the international community does not stop the genocide of Kashmiris, it will give them right to raise arms in defense against the oppressive forces according to the United Nations (UN) resolutions”, he added. Kashmiri youth cannot remain silent spectators on the brutal atrocities exercising on the mothers, sisters, daughters and children of the valley.

Shehbaz Sharif asked what kind of message the global community is trying to deliver by maintaining silence? He said that the nation at risk of genocide is justified to go to any length for survival and defense.

“Today, the international community will not pass on its promises, so tomorrow it will not even have the right to lecture anyone” he added.

Opposition Leader expressed that the oppressed Kashmiris will hold the international community an accomplice in the genocide of innocent Kashmiris if they don’t take any measures to prevent it.

Pakistan and Kashmir can’t stay silent on the barbarous acts of India on their brothers and sisters. “Just like West was concerned for Eastern Timor and Southern Sudan, same as that Pakistan is concerned about Kashmiris”, he added.

PML-N President went on to say that the seeds of cruelty will not blossom the flowers of peace and prosperity in the world.

The poisonous fruits of oppression, prejudice and hatred will not be the destiny of the whole humanity which the worldly bodies have to decide if they want to make this world a heaven or hell.

Shehbaz Sharif asserted that the nation who has been sacrificing lives for past 70 years for its freedom can’t be intimidated and suppressed.=DNA