Imran distances himself from sloganeering at Masjid-i-Nabwi, calls it spontaneous public reaction 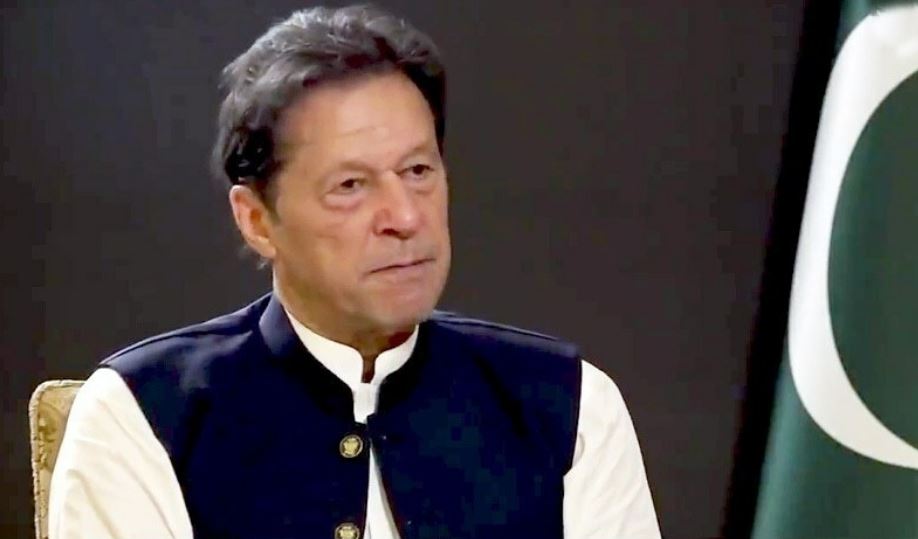 ISLAMABAD: Former prime minister and PTI chairman Imran Khan has distanced himself from the pilgrims who hounded and chanted slogans against Prime Minister Shehbaz Sharif and his delegation during their visit to Masjid-e-Nabwi on Thursday, saying he could “not even imagine” of asking anyone to carry out sloganeering at the sacred place.

Imran made the remarks in an interview, the full recording of which will be aired on the first day of Eidul Fitr.

After arriving in Madina on Thursday, they headed to the Prophet’s Mosque to offer prayers.

Video clips which went viral on social media later that night showed some of the pilgrims chanting slogans of chor (thieves) as soon as members of the official delegation arrived at the holy mosque.

Some protesters were seen chasing and trying to physically attack Bugti and Aurangzeb who were escorted by the guards and police officials. One of the protesters was seen pulling Bugti’s hair when he was being escorted to a safer place by the guards. In another video, even obscenities were hurled at Aurangzeb.

The media director of the Embassy of Saudi Arabia in Islamabad confirmed yesterday that the protesters were taken into custody for “violating the regulations” and “disrespecting” the sanctity of the holy mosque.

In the interview, a short clip of which was aired by ARY News today, Imran distanced himself from the incident, saying that when the sloganeering took place, “all” PTI workers in Pakistan and abroad were observing shab-e-dua (night of prayer).

“What happened was because of their (new government’s) own actions — the way they ousted the [previous] government by becoming a part of a foreign conspiracy. The way an NRO 2 (National Reconciliation Ordinance) was given through that conspiracy [and] the most corrupt people were imposed on the country.

“This is the public reaction,” he stated.

Imran said overseas Pakistanis had come out openly “like never before” in Europe, the United States and the United Kingdom in protest over the ouster of his government. “We are not asking them to come out,” he said, adding that the numbers were unprecedented.

The people were coming out because of their pain at what had happened and they were angry, he said.

The PTI chairman challenged the coalition government’s members to visit any public place, such as a cricket ground, saying, “they will not be able to show their face there.”

The PTI had taken out protest rallies across the country on April 10, a day after then-prime minister Imran lost a vote of no-confidence. Since then, the PTI chairman has addressed heavily attended rallies in several cities, including Karachi, Lahore and Peshawar.

Earlier this week, Imran had said he wanted two million people to gather in Islamabad when he gives the call to his party’s supporters on a yet unspecified date.

Addressing a dua gathering held at his Bani Gala residence on the night of 27th of Ramazan, Imran had urged the nation to pray and work to make Pakistan Madina-like state and break the chains of slavery to get rid of the “puppets installed at the government in the wake of a foreign conspiracy”.