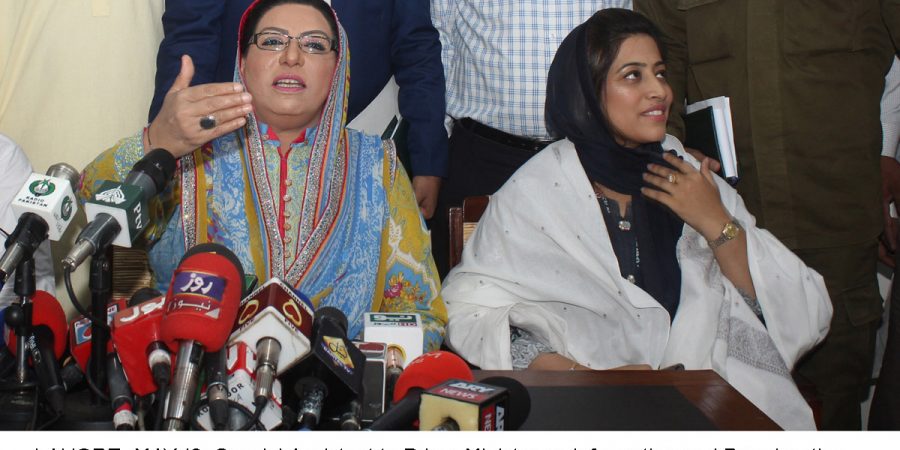 ISLAMABAD (DNA) – Special Assistant on Information and Broadcasting Dr Firdous Ashiq Awan on Monday said that Prime Minister Imran Khan is waging a struggle to rid the country of hereditary politics. In a tweet, Firdous said the Iftar dinner of opposition parties yesterday was an event by followers of hereditary politics to transfer powers to the next generations. She said the participants of the gathering made fresh vow to protect the looted money. Earlier, the joint opposition had agreed to summon an All Parties Conference (APC) after Eidul Fitr. Pakistan Peoples’ Party (PPP) chairman Bilawal Bhutto Zardari said that a single party cannot resolve issues of the country. He said that all political parties have announced to hold protest movement against the government after Eidul Fitr, adding that protest would be lodged inside and outside the parliament. Bilawal said that the opposition would devise a joint strategy regarding the protest movement in the APC, adding that the country s economy was put on stake. Jamiat Ulema-e-Islam-Fazl (JUI-F) chief Maulana Fazalur Rehman said, “I would like to thank Bilawal Bhutto Zardari and Asif Ali Zardari for inviting all opposition parties on the iftar dinner and providing an opportunity for everyone to sit together and devise a joint strategy over the issues.”
PAKISTAN No Comments »