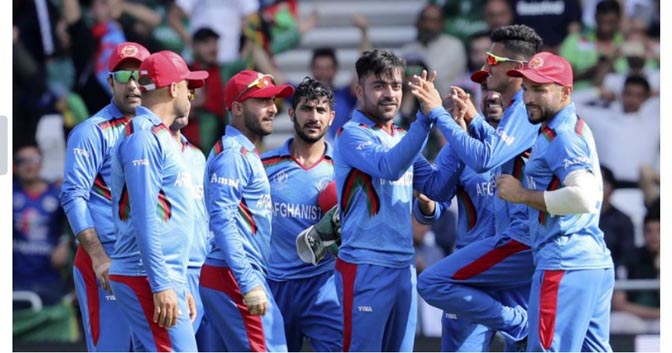 DUBAI, OCT 10: The governing International Cricket Council (ICC) has taken a wait-and-watch approach on Afghanistan but will discuss the game’s fate in the country in a board meeting next month, ICC acting chief executive Geoff Allardice said on Sunday.

Afghanistan risk isolation since the country’s Taliban takeover in August, with Cricket Australia threatening not to host them for a one-off Test in Hobart next month if the new government in Kabul did not allow women to play the sport.

The Afghanistan Cricket Board (ACB) has said it is committed to women’s cricket but was awaiting instructions from the government on its future.

“Our primary function is to support the development of cricket in that country through the member board,” Allardice told a virtual news conference ahead of the Twenty20 World Cup which begins on October 17.

“We have said all along that we are waiting to see how things unfold under the different regime in that country.”

“The ICC board will consider it when they next meet which is looking like at the end of the T20 World Cup.”

Afghanistan are currently training in Qatar and will begin their Twenty20 World campaign against a qualifier in Sharjah on Oct 25.

When the Taliban last ruled Afghanistan two decades ago, girls were not allowed to attend school and women were banned from work and education.

Australia Test captain Tim Paine said teams might refuse to play Afghanistan at the T20 World Cup, but Allardice said there was no doubt over their participation in the showpiece event.

“They are a full member of the ICC and the team is preparing for the event at the moment and will be playing in Group B,” he said.

“As far as their participation in the event, it’s proceeding as normal.”

The ICC official also confirmed that the 20-overs World Cup, last staged in 2016, will embrace the Decision Review System with each team having a maximum of two reviews per innings.