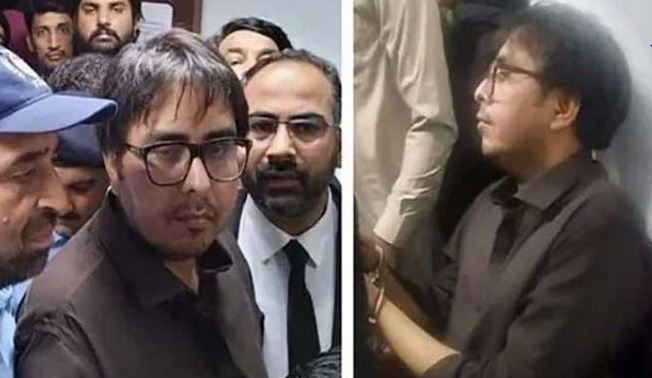 ISLAMABAD: The Pakistan Tehreek-e-Insaf leadership strongly reacted strongly to the Islamabad district and sessions court’s approval of a two-day physical remand of Shahbaz Gill in order to forcibly get false statements against Imran Khan and the PTI.

PTI Chairman on Wednesday expressed his deep concern over the court’s decision to send Shahbaz Gill into police remand again.

Imran Khan stated that he was in a fragile state of mental and physical health because of the torture inflicted on him when he was abducted, taken to undisclosed location and then again at the police station.

The PTI chairman said that this was part of conspiracy to target him and the PTI by forcibly getting false statements against them similar to what they have been doing against social media activists.

“This is absolutely unacceptable. We will take all legal and political actions to counter not only this torture being inflicted upon Shahbaz Gill but also any such extra-Constitutional and extra-legal actions being devised against us,” he added.

Meanwhile, PTI Senior Vice President Fawad Chaudhry also strongly reacted to the order and said that judges sending political workers on police remand to be subjected to torture, while knowing everything, were national criminals.

Fawad said that there is no parallel to the way human rights were being utterly destroyed in Pakistan. He said that Gill was being sent into police custody for torture instead of interrogation.

Separately, PTI Senior Vice President Dr. Shireen Mazari said that the regime change conspirators were getting desperate to try and get something against Imran Khan and now using Shahbaz Gill by torturing him to force false statements, which he has so far resisted despite extreme torture first when he was abducted to unknown location and then at CIA cell.

She said that the re-sending of Gill on police remand was something that was very rare after judicial remand has been granted.

Dr. Mazari lamented that Pakistan’s descent into fascism was happening at a furious pace but we will resist to the full.