‘Govt to complete its tenure, democratic, security institutions to be further strengthened’ 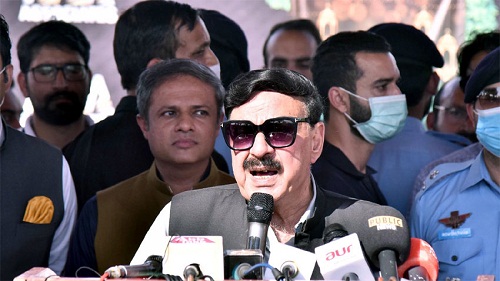 Islamabad : Interior Minister Sheikh Rashid says things are moving in the right direction and those who want to get the state institutions disputed would fail in their nefarious designs.

Talking to the media persons in Islamabad, he said there is no question of political instability and country’s enemies will fail to fulfill their wishes.

He said the present government will complete its tenure and democratic and security institutions will be further strengthened.

About celebrating Eid Milad-un-Nabi (SAWW) in a befitting manner, the Interior Minister said all arrangements have been finalized for holding the functions on this auspicious day including at Convention Center where  Prime Minister Imran Khan will address the two-day Rehmatal Lil Aalameen Conference.