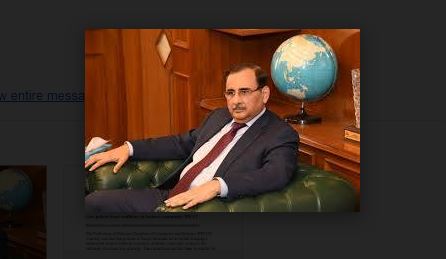 KARACHI – The Federation of Pakistan Chambers of Commerce and Industry (FPCCI) Tuesday said that the policies of the government have started bringing a turnaround despite difficult economic situation, especially owing to the outbreak of coronavirus globally.

The current account has been in surplus for the last three consecutive months, standing at $792 million in Jul-Sep, which is a significant improvement from the deficit of $1,492 million of last year’s same period, FPCCI President Mian Anjum Nisar observed in a statement issued here.

He suggested that promotion of industrial activities should now be the priority of the government as it would increase economic activity, and create employment opportunities, which is the slogan of PM Imran Khan.

The government’s policies have started giving results in the form of economic stability and increased business’ confidence, he noted.

He expressed confidence in the government policies aimed at increasing exports, stating that as a result of its policies, the confidence of business community had been restored and consequently economic activities increased in the country.

Despite challenges at internal and external fronts, the prudent strategy adopted by the government helped put the country’s economy on back on growth trajectory as indicated by many economic indicators.

The exports of textile commodities witnessed an increase of 2.92 per cent during the first quarter of the current fiscal year compared to the corresponding period of last year whereas, on a year-on-year basis, exports grew 11.3pc during Sept 2020 compared to the same month of last year.

He said that current account deficit reduction coincided with signs of economic growth pick up, which is evident by uptick in automobiles, cement, steel, fertilizer, etc at a time when non-oil imports are also picking up which is a clear sign of economic recovery.

The prime reason for better balance of payment situation is a surprising growth in home remittances. The World Bank was estimating that remittances would decline in countries like Pakistan but the opposite happened in fact, as the 31 percent growth in the first quarter is the highest since Apr-Jun 2011. He observed that the higher growth can be attributed to the Pakistan Remittances Initiative that has incentivized banking channels to attract remittances from formal channels.

Moreover, the current account surplus has also reduced the pressure on rupee which was earlier depreciating. The currency has appreciated by around 5 percent in the past couple of weeks to five-month high, which is a good news for economy, he added. “Apart from better current account, the US Dollar depreciation against currencies of other trading partners of Pakistan also explains rupee strength against dollar,” he pointed out.

He said that the SBP reserves soared to the highest point under this government at $12.8 billion on Sept 11, before coming down to $11.8 billion by Oct 9 owing to commercial external loan repayments.

Mian Anjum Nisar, quoting the SBP figures, observed that the Foreign Direct Investment into the country also witnessed an increase of 39.9 percent during the first two months of the current fiscal year as compared to the corresponding period of last year. The FDI during July-Aug (2020-21) was recorded at 226.7 million against the direct investment of $162 million during July-Aug (2019-20), showing growth of 39.9 percent. The portfolio investment into the country also increased 310 percent to $76 million during July-Aug against the investment of $36.3 million last year’s corresponding period. The FBR has also done remarkably well in the 1st quarter of the current fiscal year and collected revenues of Rs1,004 trillion, exceeding the given target of Rs. 970 billion.

Mian Anjum Nisar stressed the need for extending further facilitation to the business community, especially the small and medium entrepreneurs, so they are encouraged and do not face any financial issues.

He asked the FBR to simplify the mechanism introduced for the payment of refunds, so that the small and medium industry should not feel any difficulty in receiving the outstanding amounts. He said the economic stability and provision of job opportunities to the youth should be the highest priorities of the government. He also underlined the need for out of the box thinking in this regard. He further observed that the continuous progress on the development projects would accelerate the economic process, besides providing employment opportunities to the country’s youth. FPCCI President stressed upon giving special focus to further increasing close coordination with the private sector which is the engine of growth.

« Paksitan has a lot of potential in the LED screen industry: Jiang Yi (Previous News)
(Next News) Road Safety Council of Pakistan inaugurated » 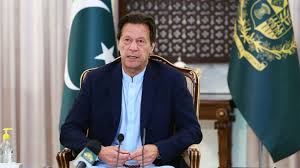 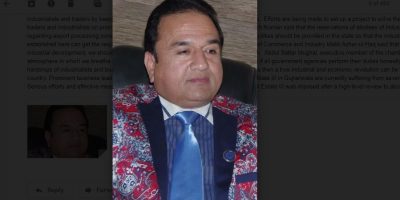