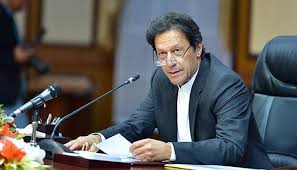 LAHORE, AUG 07 (DNA) – Prime Minister Imran Khan on Friday said the federal government would extend all out cooperation to promote industrial and business sectors of the country.

In a meeting with the Members of National Assembly (MNAs) from Faisalabad here during his visit, the prime minister said Faisalabad had a key importance in national economy.

The prime minister told the parliamentarians that incentives to the business and construction sectors would ensure development in the country. The steps were being taken for welfare of small and medium enterprises, he added.

The parliamentarians apprised the prime minister of the development works in their respective constituencies.

While discussing the COVID-19 situation, they appreciated the government’s strategy to overcome the pandemic and also lauded performance of the Faisalabad administration.