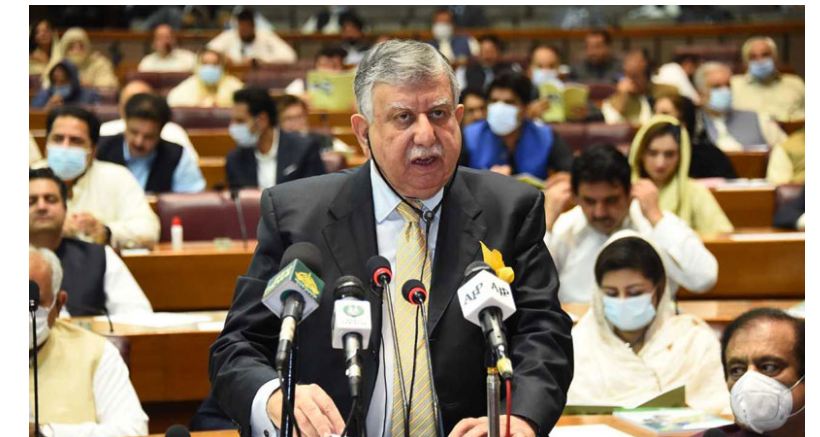 ISLAMABAD, OCT 18: The federal government has appointed Shaukat Fayaz Ahmed Tarin, the former finance minister, as Advisor to the PM on finance and revenue.

A notification under Article 93 of the Constitution was issued Monday. Tarin’s appointment comes as his six-month tenure as the federal minister comes to an end.

On April 16, Prime Minister Imran Khan appointed him as the federal finance minister.

According to the Constitution, a non-elected person can work as a federal minister for only six months. After that, the person needs to be elected in either National Assembly or Senate to continue working as the minister. In September, Federal Minister for Information Fawad Chaudhry told media that the government plans to get Tarin elected as a senator.

Tarin is currently in Washington where he’s negotiating with the IMF team for the 6th review of the IMF programme for Pakistan.

Who is Shaukat Tarin?

He is a banker by profession and worked as the president of HBL in 1997. In 2000, he built Union Bank, which was later sold to the Standard Chartered Bank.

Tarin became a senator and the federal finance minister in president Asif Ali Zardari’s government. As the finance minister under the PPP government, Tarin signed the bailout program with the IMF under that government and concluded the seventh NFC Award. However, he left the ministry without completing his tenure to start his own bank, Silk Bank, where he served at top positions.

These changes come at a time when Pakistan has just received another $500 million from the International Monetary Fund as part of the $6 billion bailout package it signed in July 2019.

The third and latest tranche of the program brings the total borrowing for budget support to $2 billion.

Islamabad had signed the 39-month bailout program with the IMF to avert sovereign default because of a balance-of-payment crisis. The program will cost Pakistan $180 million in interest payments at less than 3% to be paid in 10 years.

« Armed Forces of Pakistan well-trained to cope with all challenges, says Air Chief (Previous News)
(Next News) Pakistan desires to maintain tradition of bilateral engagement with US: COAS »