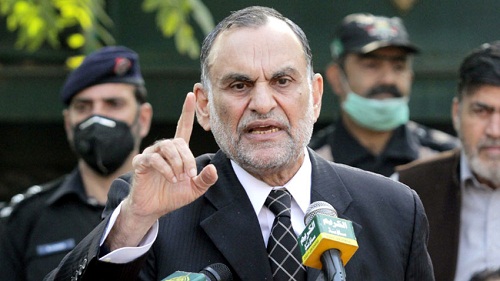 Islamabad, 27 May 2021 : Federal Minister for Railways Azam Swati visited the Khanewal and Multan Railway stations and said that inquiries will be conducted against those railway officials who have harmed Pakistan Railways.

During the visit he also inspected the Railway track from Sahiwal to Multan and said that air conditioned cabin will be established at Khanewal and other railway stations to facilitate the railway male and female staff.

He directed the railway officers to adopt latest technology for cleanliness replacing the old dusting method.

During the visit of Railway station Multan Cantt, he directed to build double story waiting rooms operated with solar system.

On the occasion, Divisional Superintendent Railways Multan briefed the minister about the functioning, performance and revenue generation by Multan division.

The minister directed the railway officers to take measures for enhancement in revenue generation.

The minister will visit railway track from Multan to Khanpur tomorrow along with visit of Bahawalpur Railway station.