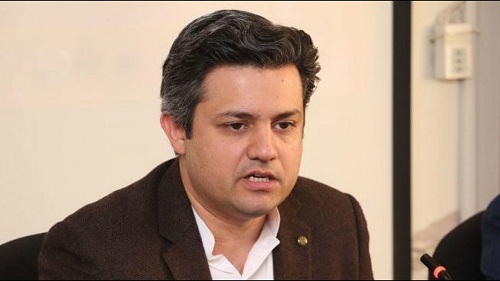 Islamabad : Minister for Energy Hammad Azhar says the government is taking measures to bring improvement in the power sector.

Talking to a private TV channel, he said all out efforts are being made to reduce the fiscal deficit in the power sector from 450 billion rupees to 200 billion rupees.

Hammad Azhar said the previous governments had made expensive agreements in power sector due to which the government had to pay 1500 billion rupees in different heads.

He said the present government, in collaboration with foreign companies, is exploring resources to meet future demands of power sector.

He said an agreement of gas pipeline has been made with Russia to fulfil the need of domestic and commercial consumers.