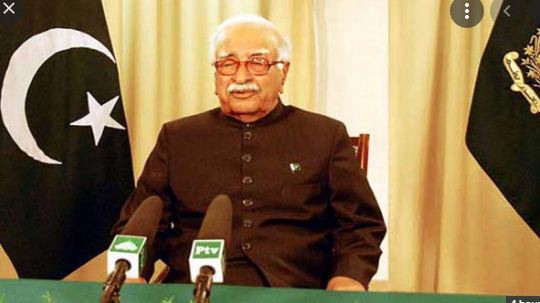 Mir Hazar Khan Khoso passed away after remaining under treatment for a month at a hospital. A jurist, Khoso was a retired judge who previously served as the Chief Justice of the Federal Shariat Court and served as the interim prime minister ahead of the general elections scheduled in May 2013.

His first political appointment came as the Acting Governor of Balochistan – an office he kept for three months after the death of Governor Muhammad Musa, who served as the 10th governor of the province from December 17, 1985 to March 12, 1991.

Earlier, having served as judge of the Balochistan High Court, Khoso was promoted to assume the position of Chief Justice of Balochistan High Court for a tenure spanning from 1990 to 1991. As a judicial officer, Khoso had never indulged in any controversy and kept himself away from politics and while being a judge in the superior courts.

Because of his clean reputation, Khoso had also served as the Balochistan Chairman of the Zakat Council. His son, Advocate Amjad Khan Khoso, had reportedly joined the Pakistan Tehreek-e-Insaf in 2013.

His other son, Mehrab Khan Khoso, had been elected as an MPA to Balochistan Assembly on a ticket of Pakistan Peoples Party in 2008. = DNA