Foreign investors may pour up to $2b FDI in this fiscal year: PIAF 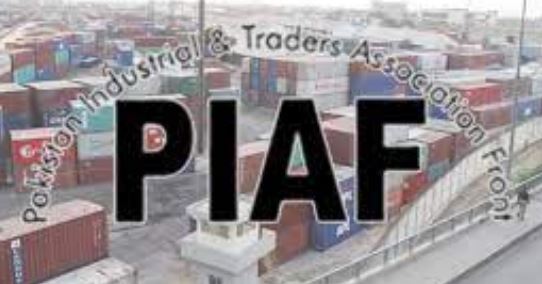 ISLAMABAD: Feb 20 /DNA/ – The Pakistan Industrial and Traders Associations Front (PIAF) on Sunday welcomed the flow in foreign direct investment (FDI) which has increased by 11.3% to $1.17 billion in July-January of fiscal year 2021-22 compared to $1.05 billion in the same period of last year.

PIAF senior vice chairman Nasir Hameed and vice chairman Javed Siddiqi observed that if Pakistan continues to attract FDI at the current pace, then foreign investors may pour up to $2 billion in the ongoing fiscal year. They said that Pakistan has the potential to attract much more than $2 billion per year as the government was taking measures to secure a higher amount of foreign investment.

IT, construction and allied industries are among the top potential sectors that will attract substantial foreign investment in the coming months.

Nasir Hameed said that China has continued to remain the largest foreign investor in Pakistan, as projects under the China-Pakistan Economic Corridor (CPEC) have entered the second phase of development.

Most of the investment in the power sector is coming from China. The US emerged as the second largest investor as its companies were running diverse projects in Pakistan in different sectors including financial, energy, pharmaceutical, food, beverages and fast-moving consumer goods, it has been learnt. He said that Malaysia and the Netherlands were also prominent investors in Pakistan in the seven months under review.

The government is focusing on digitalisation, IT exports and construction industry and the measures taken to promote these areas will encourage foreigners to pour fresh investment,” he said.

Now, the government has enabled overseas Pakistanis to buy properties in their home country and invest in the real estate sector through the Roshan Digital Account (RDA).

Investment from the non-resident Pakistanis through the RDAs would become a new source of foreign investment in domestic businesses, he said.

Javed Siddiqi said that the increase in government’s initiatives to attract foreign investment can help the country reduce its reliance on foreign debt. The government should aggressively market its projects if it wants to catch the attention of global investors, he said.

The power sector attracted the single largest foreign direct investment worth $406.8 million in the first seven months of the ongoing fiscal year. The investment, however, was less than $539.9 million received by the sector in the same period of the last year. Financial businesses received $230.6 million during July-January FY22 compared to $160.3 million in the corresponding period of previous year.

Communications sector attracted investment worth $174.9 million during the period compared to an outflow of $31.7 million in the same period of last year.