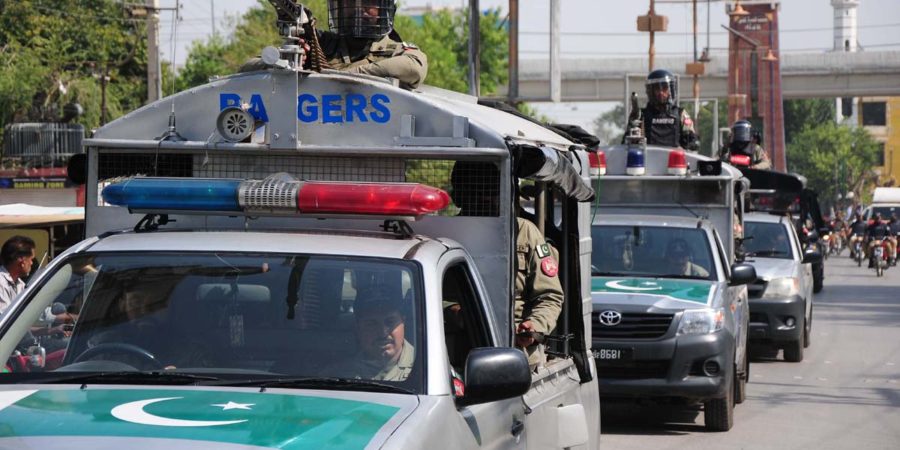 ISLAMABAD: Islamabad police, along with contingents of Rangers and rescue officials, conducted a flag march through the capital on Monday.

The march was held to show the public how prepared the police and other law enforcement agencies were for Muharram.

The flag march started from Pakistan Sports Complex and culminated at the same point after passing through various routes covering the entire length and breadth of the capital.

SSP (Operations) Islamabad Sajid Kiani, who had been tasked by Inspector General of Police (IGP) Islamabad Tariq Masood Yasin to prepare a comprehensive plan of the march, said that Islamabad police have ensured detailed security arrangements for Muharram.

Meanwhile, Rawalpindi city police, Rangers and rescue officials carried out their own flag march in the city.