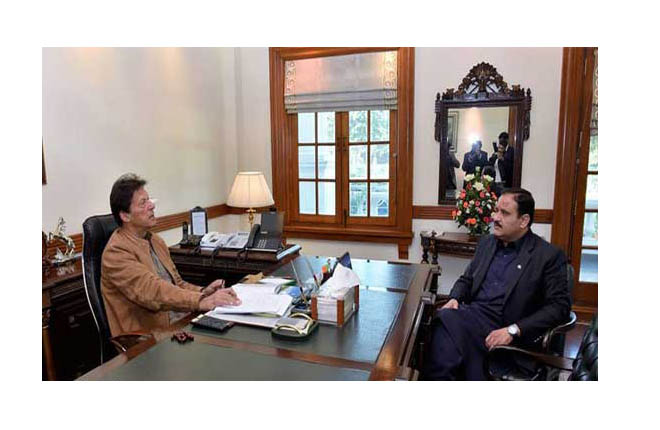 Prime Minister Imran Khan held an important meeting with CM Punjab and directed him to expedite operation against hoarders and adulteration mafia.

On this occasion PM Imran Khan said that he approved an Rs15 billion relief package to provide relief to the masses as availability of everyday commodities at reasonable prices to the poor is among government’s top priorities.

PM launched global portal of ‘Police Khidmat Markaz’ during his visit to Safe City office and said that portal will facilitate overseas Pakistanis. Launch of global portal is a praiseworthy step by the police, he added.

PM further said that overseas Pakistani’s would hesitate to invest in Pakistan unless government provides safe environment. He added that economic growth is linked with improvement in law and order situation and wealth creation.

The premier was also briefed on the scope of safe city project during his visit to the Punjab Safe City Authority headquarters and about making security effective through the project.