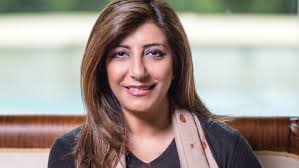 ISLAMABAD, MAR 31 (DNA) – Foreign Office Spokesperson Aisha Farooqui on Tuesday said that the Ministry of Foreign Affairs was responsible to allow pilgrims from Iran to enter the country.

In a statement issued on Tuesday, she said that facilities were being improved by Pakistan at the Taftan border, adding that the thousands of pilgrims were facilitated after the coronavirus outbreak in the Iranian city of Qom.

The spokesperson said that the Pak-Iran border is closed, but it is our responsibility to allow our citizens to enter Pakistan, adding that Islamabad and Tehran is working with joint consultation on the issue of pilgrims.

“Pakistani government and embassy are in touch with Iranian government on pilgrims  issue,” Farooqui added. = DNA