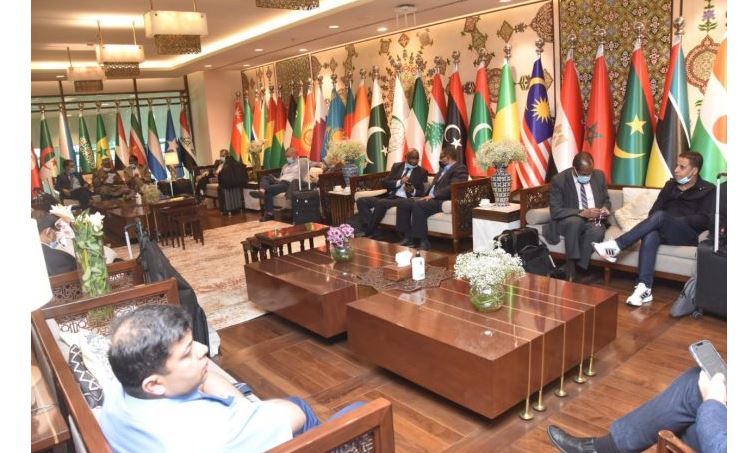 ISLAMABAD, MAR 21 /DNA/ – The Foreign Ministers and delegations from the Organization of Islamic Cooperation (OIC) Members States, Observers and representatives of the International Organizations on Monday arrived here to attend the 48th session of the OIC Council of Foreign Ministers.

The delegations were received warmly at Islamabad International Airport, where a special red carpet was rolled out for the dignitaries. The International lounge was also decorated with flags of the OIC Member States and the dignitaries were escorted on traditionally decorated polo carts from the run way to the lounge.

A delegation from Turkey also reached to participate in the OIC Council of Foreign Ministers.

Other delegations from Sweden, Chad, SESRIC, IPHRC, ICDT and IRCICA also arrived in Islamabad to attend the 48th session.

All the distinguished guests were warmly welcomed by the officials of the Ministry of Foreign Affairs.

Talking to media at Airport, the OIC Secretary General said that he was very happy to be back and visit Pakistan. He said during the upcoming OIC Foreign Ministers meeting all important issues related to Muslim Ummah would be discussed.

He said that UN General Assembly recently adopted resolution to observe March 15 as day against Islamophobia which was a big development.