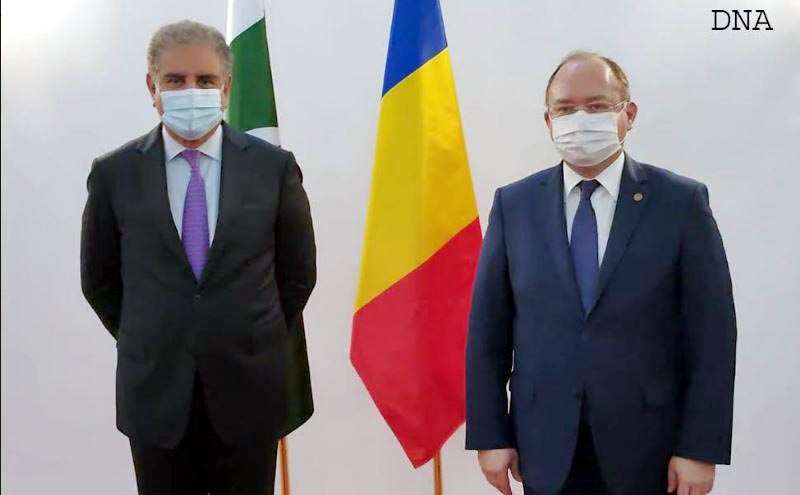 On his arrival at the PM Office, Foreign Minister Qureshi was received by the Romanian Chief of Protocol.

The foreign minister conveyed good wishes from Prime Minister Imran Khan and highlighted the historic and cordial ties between the two countries.

He told the Romanian PM that Pakistan desired to establish broad-based and result-oriented ties with his country and the current improvement of the bilateral relations manifested the vision of the two leaderships.

The foreign minister lauded the anti-COVID measures by Romania and thanked the Romanian PM for a donation of 500,000 doses of anti-COVID vaccines to Pakistan by his government.

Prime Minister Nicolae Ciuca appreciated the role of Pakistan in the context of Afghanistan particularly for the evacuation of the Romanian citizens.

Discussing the regional and international matters, the foreign minister particularly highlighted the Indian human rights abuses in Indian Illegally Occupied Jammu and Kashmir and the situation in Afghanistan.

He also appreciated Romania’s role to support Pakistan in obtaining the GSP Plus facility.