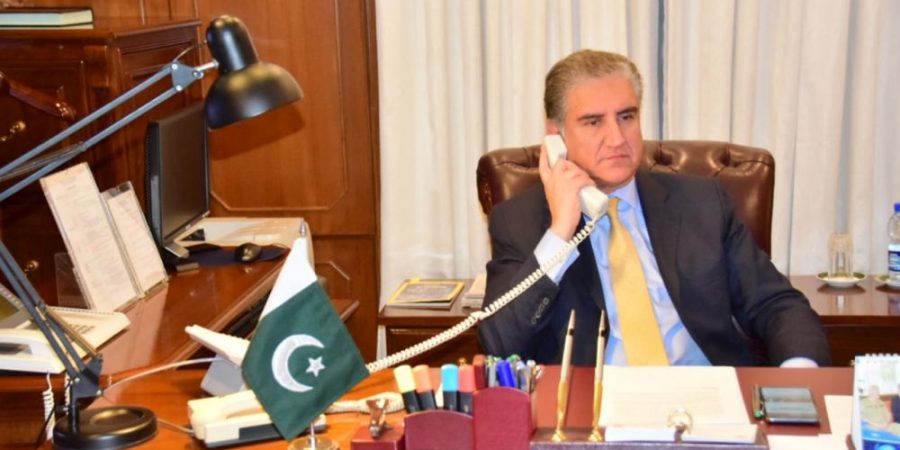 ISLAMABAD, MAR 27 (DNA) – Foreign Minister Makhdoom Shah Mahmood Qureshi held telephonic conversation today with Minister of Foreign Affairs of Canada, François-Philippe Champagne. Well being of Pakistani nationals in Canada and the Canadian nationals in Pakistan as well as the impact of the COVID-19 on global economy and health sectors came under discussion.

The Foreign Minister offered condolences over the loss of precious lives in Canada due to COVID-19. He appreciated the efforts of the Government of Canada to contain the outbreak of the pandemic. The Foreign Minister sought understanding and help of the Canadian Government in facilitating the stay of Pakistani nationals and students currently in Canada. They also exchanged views to facilitate the return of Canadian passport holders to Canada.

Sharing Prime Minister Imran Khan’s idea of debt relief and restructuring for developing States, the Foreign Minister said that it would enable them to utilize resources to fight the COVID 19 pandemic and shore up economies. He expressed the hope that Canada, as an important member of the G-7 and the G-20, would play an active role in advancing the idea. The Canadian Foreign Minister assured that Canada would play an active role to address the issue.

The two Foreign Ministers agreed to remain engaged on the matter and further strengthen bilateral ties.