Fate of TAPI project still hangs in the balance 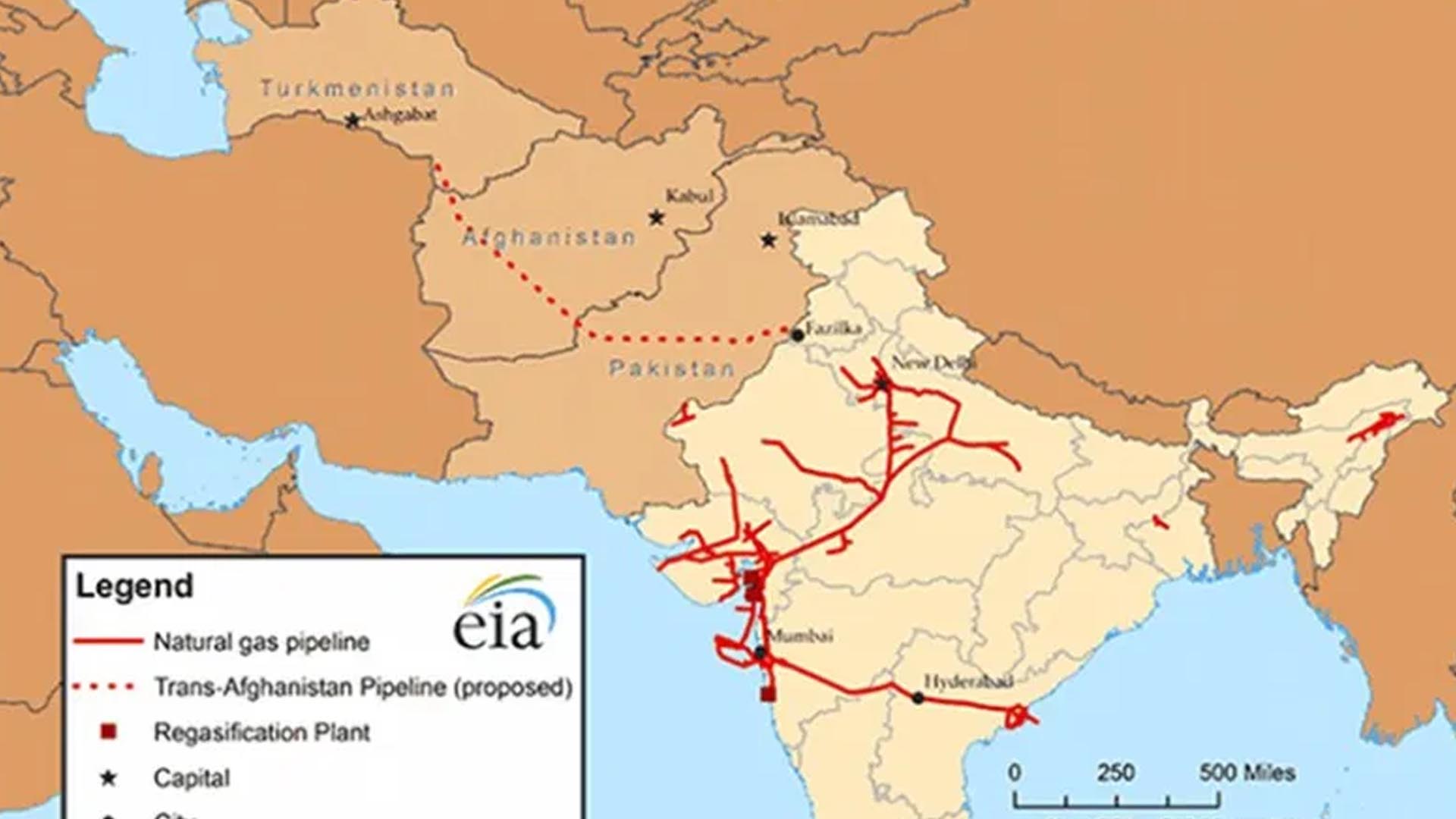 ISLAMABAD: The Turkmen Gas Company on the much touted trans-nations (Turkmenistan-Afghanistan-Pakistan-India) TAPI gas pipeline project of worth $10 billion even after the lapse of over 4 years has so far failed to achieve financial closure as earlier it was scheduled to be attained in December 2016.

Now the authorities concerned in Pakistan are saying that Turkmenistan Gas Company is now tasked to complete the financial closure in 2021 which is why the project will come on stream in 2023 which was earlier due to be operational in 2020 under its original plan. Though the Turkmenistan authorities in its territory has laid down the 200 kilometers from Gylkynish—the gas field to Turkmen-Afghan border, but they have not achieved the financial closure of the project.

Sources believe, TAPI may not see the light of the day because Indian is involved in this project. Turkmenistan is keen to keep India as part of the project, despite negative vibes from Islamabad. A govt source told on the condition of not being named that Indian presence in the project has caused delays in the implementation and if India remains there, this project may never complete.

The Turkmenistan–Afghanistan–Pakistan–India Pipeline (TAPI), also known as Trans-Afghanistan Pipeline, is a natural gas pipeline being developed by the Galkynysh – TAPI Pipeline Company Limited with participation of the Asian Development Bank. The pipeline will transport natural gas from the Galkynysh Gas Field in Turkmenistan through Afghanistan into Pakistan and then to India. Construction on the project started in Turkmenistan on 13 December 2015, work on the Afghan section began in February 2018, and work on the Pakistani section was planned to commence in December 2018.

Unless and until the Turkmen authorities change the agreement about the gas delivery point and review about the gas prices, Pakistan will not give its ownership to the project. Under the existing agreement, Turkmenistan will provide the gas to Pakistan at Turkmen-Afghan border and the gas transit loss in the territory of Afghanistan will be borne by Pakistan. However, the PTI government has seriously objected to this agreement and asked Turkmenistan that the existing agreement is not in the interest of the country. The government said that Pakistan’s liabilities will only be invoked when the gas is delivered at Pak-Afghan border not at Turkmen-Afghan border and Pakistan will not be responsible for any gas loss during transit through territory of Afghanistan.

The sources said the government of Pakistan has already constituted a Price Negotiation Committee for TAPI gas. The Petroleum Division’s spokesman when contacted said that financial close of the project is expected in 2021 and the project is most likely to be commissioned by end of 2023. He also said that technical discussions on gas price are ongoing between the Petroleum Division and the Turkmen side.

He also responded saying: “All issues including delivery point and gas price review are on the table and under discussion with the Turkmen side and we are going to resolve them.” Spokesman also went on to say that the project has made substantial progress and entered the implementation phase. The pipeline from Turkmen gas field to Turkmen-Afghan border has already been completed. The technical studies for the Afghan portion of the pipeline have also been completed.