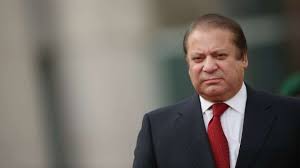 Accountability Judge Muhammad Akmal read out charges to Fawad, Rubab Hassan, Waqar Hassan, and Anjum Hassan. They denied the charges and opted to contest them.

The court issued notices to prosecution witnesses to appear in personal capacity to record their testimonies. Fawad was the principal secretary of former prime minister Nawaz Sharif.

Earlier this year, the Lahore High Court (LHC) had granted bail to Fawad Hassan Fawad in the assets case against Rs10 million surety bond. His counsel Amjad Pervaiz in his arguments before a two-member bench of the high court headed by Justice Ali Baqar Najafi, had said that his client was arrested without any justification in the assets beyond means reference.

He said the NAB has failed to present any evidence in support of its charges against his client.

The counsel argued that the NAB had earlier claimed that Fawad Hassan Fawad is the owner of a plaza worth five billion rupees, “now it is claiming that the accused person’s family owns assets worth Rs. 1.08 billion”.

“The bureau is now alleging that the property in the name of his wife and brother are benami assets”, counsel said.

« LNG scam: Court issues notices after NAB files supplementary reference (Previous News)
(Next News) Another doctor passes away due to Coronavirus in karachi »