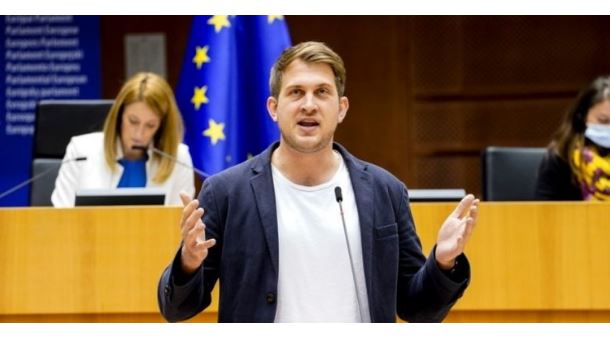 At least two groups of European Union lawmakers have confirmed they will reject an EU proposal to label gas and nuclear energy as sustainable investments, officials said on Wednesday.

The European Commission last month proposed including both in the EU’s sustainable finance taxonomy, a system for labelling climate-friendly investments. The proposal split opinion among the European Parliament and EU countries, which disagree on the fuels’ green credentials and could also still reject it.

Two groups of lawmakers – the Greens and the Socialists and Democrats – confirmed by a Wednesday deadline that they would file a motion to reject the rules, two EU officials told Reuters, adding other groups may have done the same.

German Green lawmaker Michael Bloss had confirmed the Greens’ objection on Tuesday. “Nuclear power and fossil gas are not ‘sustainable’, far too dangerous and not a bridge technology,” he said in a tweet.

The move fires the starting gun on a months-long process of negotiations, which would culminate in Parliament voting by July on the potential motions to reject the gas and nuclear proposal.

At least half of Parliament’s 705 lawmakers would need to vote to reject the rules. The level of support in Parliament is unclear, since few lawmaker groups have a firm position and opinion is split among their members.

The rules could also be rejected by 20 of the EU’s 27 member countries, a threshold seen as unlikely to be reached.

Gas emits less CO2 than coal when burned, and some countries had lobbied hard for the taxonomy to incentivise gas investments to help them phase out coal. The invasion of Ukraine by Russia, Europe’s top gas supplier, has intensified that debate, with the EU now vowing to quit Russian gas by 2027.

While the first section of the taxonomy – which covers climate-friendly investments – is not yet complete, the EU is pressing ahead with plans to expand the system to investments that support other environmental aims, including protecting biodiversity.

The European Commission’s advisers on Wednesday proposed criteria for that expansion, to judge whether activities across sectors including food manufacturing, fishing, tourism and waste management should be labelled as green.

For example, plastic packaging using material that was at least 85% recycled, bio-based or produced using carbon capture technology would be judged as having made a “substantial contribution” to the bloc’s recycling goal.

« Always a major Middle Eastern power, Israel now takes centre stage (Previous News)
(Next News) Statement of the Ministry of Foreign Affairs of the Republic of Azerbaijan on March 31 – Day of Genocide of Azerbaijanis »