Erdoğan: NATO and Western reaction to Russian invasion of Ukraine is not decisive 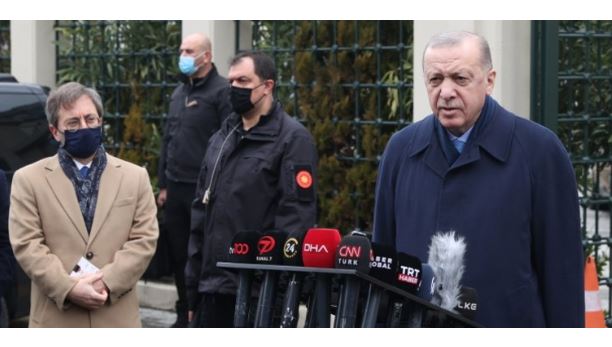 Turkish President Recep Tayyip Erdoğan said on Friday that reaction from NATO and Western countries to Russia‘s assault on Ukraine had not been decisive, adding he hoped a NATO summit on Friday would lead to a more determined approach from the alliance.

“It should not turn into an ordinary flurry of condemnation. NATO should have taken a more decisive step,” Erdoğan said after Friday prayers in Istanbul.

“The EU and other pro-Western (bodies) have failed to take a serious and determined stance at the moment. They are all providing Ukraine with plenty of advice,” Erdoğan underlined in his comments.